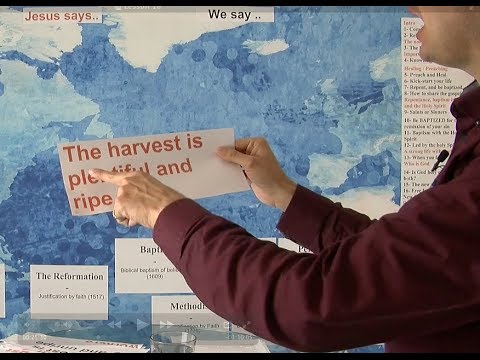 18. Lesson. Jesus’ vision for the church – The Pioneer School

This is an extremely important message to the church today. Here Torben shows us what it really was Jesus has called us to. Yes, much of what we do today in the churches is the exact opposite of what Jesus said. This important message will set many free to serve God in everyday life. – http://www.TheLastReformation.com

Help us caption & translate this video!

8 thoughts on “18. Lesson. Jesus’ vision for the church – The Pioneer School”