Jenn Johnson shares about an experience with the Lord that helped her seeing problems through Heaven’s perspective. If you think someone’s killing you, and you feel your joy is being sucked out… watch this!

During a hard time in life, Jenn Johnson got an amazing encounter with the Lord. The situation was really painful. “The Lord, I just saw him reach down, and he picked me up by the hair of my head. In a kind way and he skyrocketed me through up to the ceiling, up to the clouds, up to the universe. I was looking down and it was beyond time, space, outside of this little world that I had created with this problem.”

“You ever have those problems that just feels like it’s your whole world?”

“From that perspective I looked down and it was like the globe, you couldn’t even see the whole world, you know! You not only could see my problem.”

“The Lord spoke to me very sternly. He said: ‘Do you see this problem?'”

The Lord: “So that’s right. It’s going to be fine and what matters eternally.”

“It wasn’t the situation changed within a moment, but our perspective changed.”

“God spoke to me: ‘I want you to embrace joy and sorrow with equal tension because I’m both.”

“Sometimes you just need to stop and take a minute and just.. God draft me into your perspective. God is constant. God is steadfast and what he’s up to hasn’t changed. And that’s eternity, that’s the reality that we have to partner with every moment of our lives.” 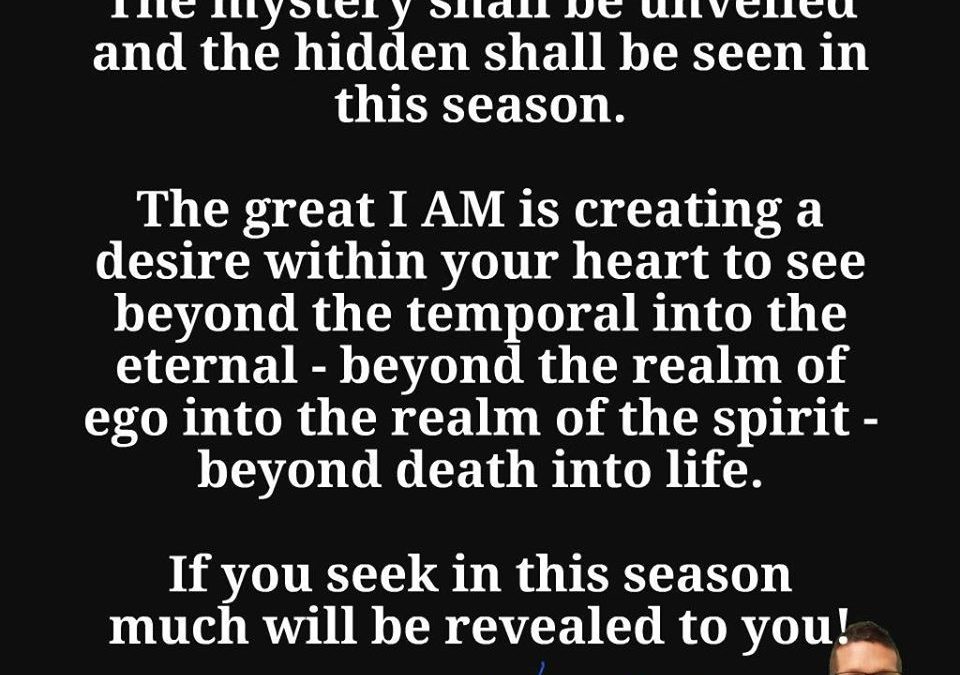 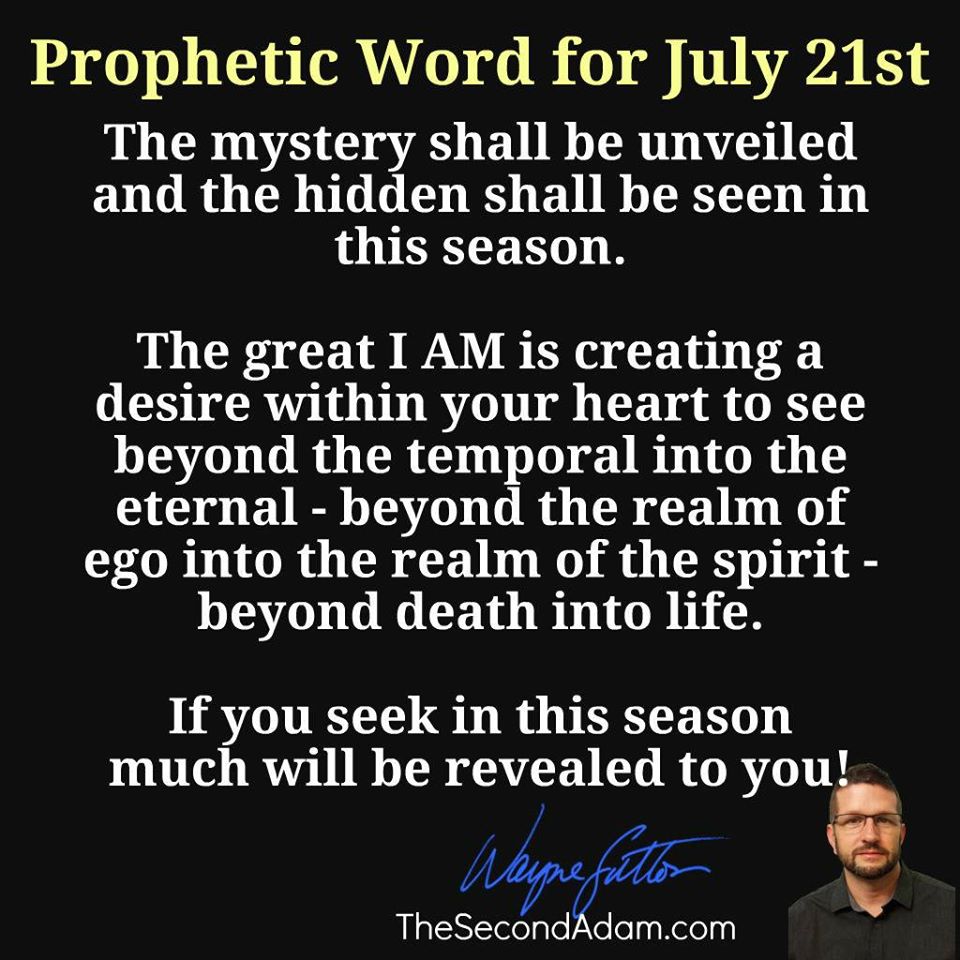 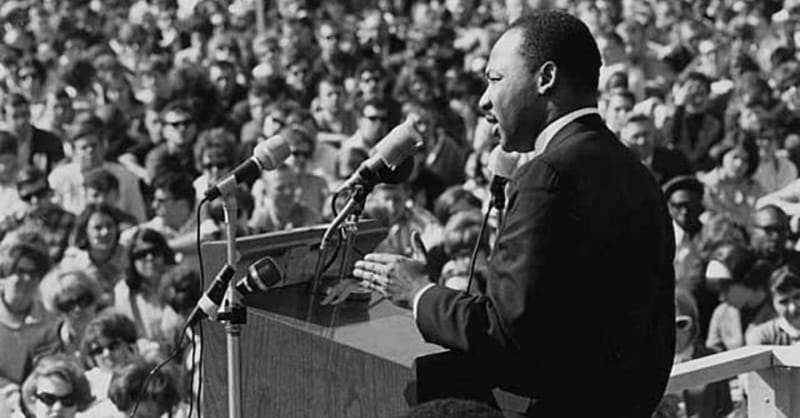 Did You Know Martin Luther King Jr. Prayed at a Billy Graham Crusade?

On this day (July 18) 50 years ago, the Rev. Dr. Martin Luther King Jr. gave a public prayer at one of the Rev. Billy Graham’s evangelistic crusades.

Both men were already well-known at the time, but history has shown that they will continue to influence history long after their time on earth.

These two men walked very different paths in life. King was 5’7” and Graham was 6’2”. At the time of their meeting, King was 28 and Graham was 38.  King was shot and killed in his fight for civil rights in 1963. Graham is still alive today and will celebrate his 100th birthday in November.

Both men made no secret of their Christian faith.

The Gospel Coalition tells the story of how King came to give the prayer at Graham’s crusade at Madison Square Garden.

Historian Grant Wacker said that Graham had made a point of not wanting to accept segregated audiences for his crusades. So, he contacted one of his African-American friends and fellow pastors to get advice:

“From the beginning at the Garden, Graham saw that his audiences were overwhelmingly white. A few days in, he contacted his black friend Howard Jones, the pastor of a large African-American Christian Missionary Alliance church in Cleveland, and asked what he should do about it. Jones advised, Do not wait for blacks to come to you. You need to go to them. The sub-text was clear: you and everything else about your crusade–associates, artists, music, choir, and congregation–present a virtually solid white front. If blacks are hesitant to come, what would you expect?” said Wacker.

Since King was the leader of the African-American civil rights movement, Graham invited him to speak at his crusade. King accepted.

“A great social revolution is going on in the United States today. Dr. King is one of its leaders, and we appreciate his taking time out of his busy schedule to come and share this service with us tonight,” Graham said, introducing the pastor and activist.

And then King began his prayer: “O God, our Heavenly Father–out of whose mind this great cosmic universe has been created, toward whom the weary and perplexed of all generations turn for consolation and direction–we come before Thy presence this evening thanking Thee for the many blessings of life.”

He then continued to pray for forgiveness for sin and asked for God to “give us penetrating vision, broad understanding, power of endurance, and abiding faith, and save us from the paralysis of crippling fear” in such a tumultuous time.

Homeboy Industries is a Los Angeles-based organization that provides help to formerly incarcerated people and those who’ve been involved in gangs.

Jim Carrey recently gave a talk to the community and powerfully spoke about Christ. “This room is filled with God.

“We have to feel our suffering and feel our losses.”

“I believe that suffering leads to salvation.”

This is what he said on Christ:

“Then there was a decision to be made. And the decision was to look upon the people who were causing that suffering with compassion and with forgiveness, and that’s what opens the gates of heaven for all of us.” 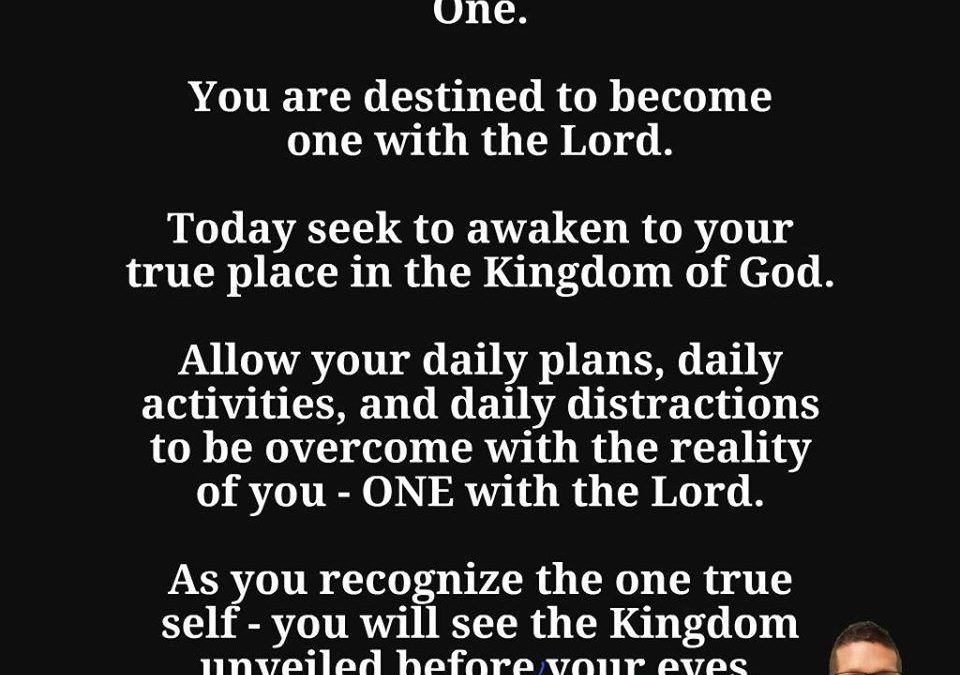 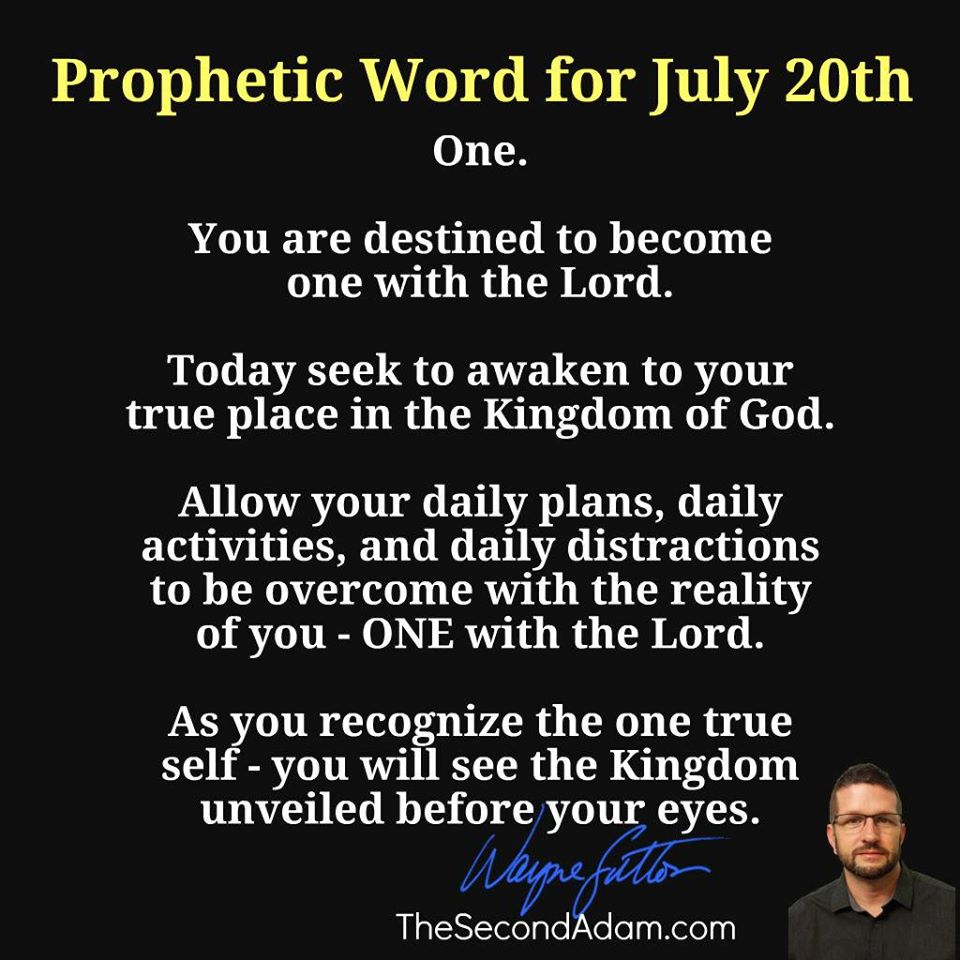 When pastor Greg Locke took another pastor, Bobby, for a trip to Africa, they got into an argument with a devout atheist. The atheist tripped over the pastor, spilled his coffee but moments later yelled to his friend, who has Cerebral Palsy: ‘If your God’s so real, why do you have those braces on your legs?’

Check out this video below: you will totally love it!

Sadie Robertson never held back when talking about her faith and life. Last weekend she revealed some of the most “shocking things” she’s been told while doing photoshoots. She revealed the ugly truth behind the modeling industry and pointed to God.

“A few months ago I showed up for a photoshoot that I had thought was going to be a natural no makeup photoshoot,” she writes on Facebook. “The director of the shoot took a quick look at me and said, ‘Nope this girl does not have the face to pull off a no makeup shoot.’ So they proceeded to spend around 2 hours making it look as though I had no makeup on.”

“I have never thought of myself as a model, but getting to dip my toes a little in this industry I’ve heard shocking things, had my stomach ‘fat’ pinched to make sure I knew which part I needed to get rid of. I’ve been told if I would loose 10 pounds then I may look like an actual model … ,” she said.

Luckily Robertson stays optimistic. Her message: don’t listen to the photographers, but listen to God! Let God define your identity.

“These things at one point in my life would have really hurt me, but now I smile because I know my identity does not lie in my looks, my pictures, people’s comments or my Instagram. My identity lies in the hands of my God who I believe created me to be fearfully and wonderfully made.”

“I believe EVERYONE has the face to pull off a ‘no makeup shoot’ because that is YOUR FACE. The makeup is the extra. It’s fun, but when it becomes your everything that’s when you begin to lose everything about what makes you… YOU.”

Bible study
This week Sadie Robertson also announced she will lead a mid-week Bible study with fans and anyone else who needs encouragement via Facebook, each Wednesday on the Live Original page. “I will be reading Scripture for some mid-week encouragement. I hope this hits you exactly where you need it at just the right time,” she wrote on Instagram.

“Whenever you decide that you can’t limit yourself and that God can do amazing things … He’ll take you to places you never even thought you could dream,” she also said in an interview with the website Rare. “I remember praying when I was little, ‘God, just give me something, give me a platform, give me people to reach.’ I would have never thought that He’d give me this platform or this many people to reach.”

Ken Shamrock is a former MMA and WWE Star. But foremost he’s a Christian. Recently he told worshipers at a California megachurch recently that they should reject “passive” Christianity.

Speaking at Valley Bible Fellowship of Bakersfield on Sunday, Shamrock warned against being indifferent in witnessing, advising: “Don’t sit on your Bible,” reports Christian Today. “Don’t hug it to your chest and keep it to yourself. God created you a certain way. Just because you’ve become a Christian doesn’t mean you become passive.”

“It doesn’t mean you become all-loving and all-caring and there’s no discipline. You got to stand up and become the aggressive person God made you to be or the loving and intelligent person He made you to be.” 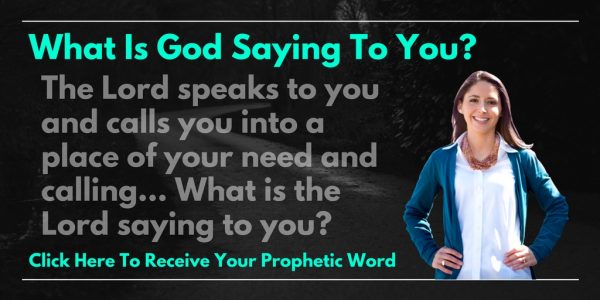 Shamrock also the attendees to not let the “seatbelt of sin” prevent them from evangelism. Because that’s what often happens. “The difference between speaking out on something like this is life and death. And when I say that I mean eternal life and eternal damnation.”

“Don’t ever pass up an opportunity to spread God’s Gospel or His Word because it is eternal life or eternal damnation.” 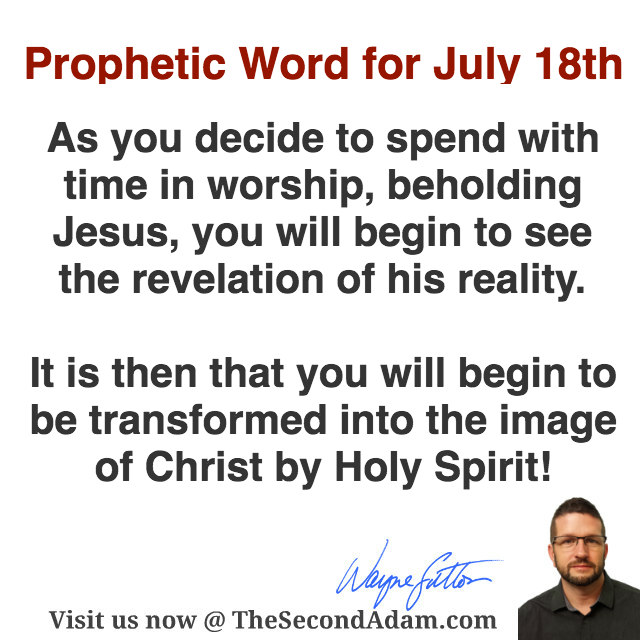