International Christian Concern – Alex’s heart was pounding so hard he felt sure the police could see it through his shirt. If that wasn’t enough, his leg was trembling…visibly. Surrounded by a police escort, he said a simple prayer under his breath as they turned the corner and entered the police station. Immediately, everything changed.

“Right when I walked in, I felt absolute peace the whole time.” Alex told International Christian Concern (ICC) the day after the ordeal.

Alex was in trouble and he knew it. What he was doing was not illegal, but communist countries like China find ways to prosecute, imprison, and torture people for activities that are not illegal, especially when it comes to religious rights. His crime? Alex had Bibles in his backpack. Twenty-three of them to be exact, and Alex was travelling with four other foreigners who also had Bibles in their backpacks. They sat together, watching a police officer yanking the Bibles out of their bags and aggressively tossing them into a pile right in front of them.

A police officer approached them, “This book is forbidden literature,” he barked. 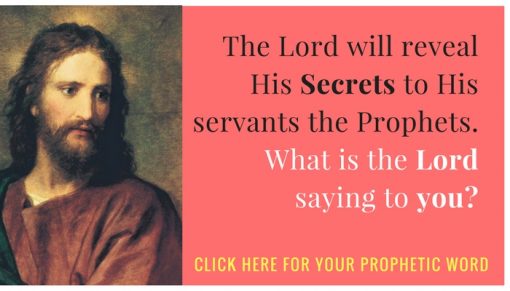 The officer responded, “Only if it’s published in China, then we’ll allow it.”

But the truth about Bibles in China is much more complicated. Many people cite that China allows publishers to publish Bibles for export as evidence that Bibles are not illegal. In reality, however, when Chinese people try to buy Bibles they are often harassed or even detained. One pastor was beaten for hours after purchasing Bibles for his church. His Bibles were confiscated and his money was never returned. Officials keep a close watch on those who do purchase Bibles and buying them in bulk is, for the most part, out of the question. Bibles can sometimes be found for sale at the state-controlled church, called the Three Self Patriotic Movement, but many Christians refuse to go to these churches.

Due to the danger of purchasing Bibles and the difficulty of finding them in China, a vacuum has been made for people who want Bibles but cannot safely procure them. This is where people like Alex come in. Alex purchases Bibles, brings them to China on his own dollar, and shares them with people as gifts. Alex has made this trip several times before, which is why this day was so unusual. Alex says that he was “flagged” before he even entered customs. They pulled him out of line because they already knew who he was and what he was doing.

There were about 70 police officers in the station on that day, and they took turns stopping by to look over the Bibles.

“You could see the curiosity in their eyes as they looked them through,” Alex recalled. Maybe they were wondering why someone would risk bringing this book to China. Maybe they were wanting to bring a Bible home, so Alex would offer them the Bibles.

“If you want this Bible you can have it,” he would tell them, “I’m giving them away for free.”

After several hours of waiting and questioning, the police officers collected important personal information about them and made them sign a document acknowledging that they would not be allowed to enter China for three years. After 10 hours in the police station they were finally ushered to a police car which drove them across the border to make sure that they did not reenter China.

Alex shared with ICC that the police were generally very respectful of them, although a few he described as “very hostile.” “I know they were just doing their jobs” he said, “but I’m just trying to do my job…I’m praying for the officials over there and to be able to share the love of Jesus with them.”

After being deported from China, Alex is still thinking about all of the Christians for whom persecution is a daily reality, “I’m just reminded of the people of China. This is not something new for a Christian to go through.” Alex shared with ICC that we need to pray for our brothers and sisters in China, for those who live in fear when buying or reading a Bible. Pray for safety for those who dare to stand up for religious rights, and for those brave enough to bring Bibles to Christians in China.