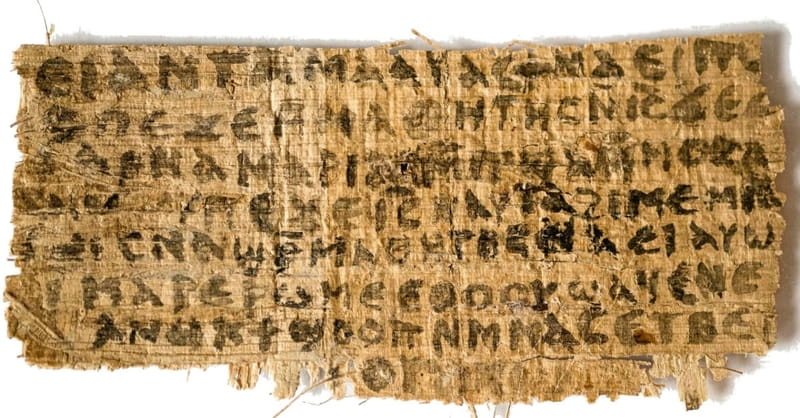 An ancient scroll containing portions of the biblical book of Leviticus is finally able to be read and accurately dated thanks to computer imaging technology.

National Geographic reports that the Ein Gedi Scroll is the most ancient Hebrew scroll besides the Dead Sea Scrolls. The scroll had been burned at least 1,500 years ago in a fire that destroyed a Jewish community on the Dead Sea’s western shore.

The town’s Holy Ark survived the fire, and inside the Ark was an animal-skin scroll. The heat, however, had almost turned the parchment into charcoal, and for years scientists did not open the document for fear of destroying it.

However, they now have the technology to be able to decipher the text of the scroll without manually unrolling it.

“I’ve worked for two decades now with technology and damaged materials, and over that time, I’ve become convinced that this day was possible,” said study author Brent Seales of the University of Kentucky. “The Ein Gedi Scroll is proof positive that we can potentially recover the whole text from damaged material, not just a few letters or a speculative word.”

New dating methods also revealed that the scroll was more likely 1,700 to 1,800 years old, instead of 1,500. This means that the scroll spans the gap between the Dead Sea Scrolls and the Cairo Genizah, a group of medieval Hebrew books.

“I think we can safely say that since the completion of the publication of the Corpus of Dead Sea Scrolls about a decade ago … the Ein Gedi Leviticus Scroll is the most extensive and significant biblical text from antiquity that has come to light,” stated study coauthor Michael Segal, a biblical scholar at the Hebrew University of Jerusalem.