×
Home > Blog > Are Evangelicals Expecting Too Much from a Trump Presidency? 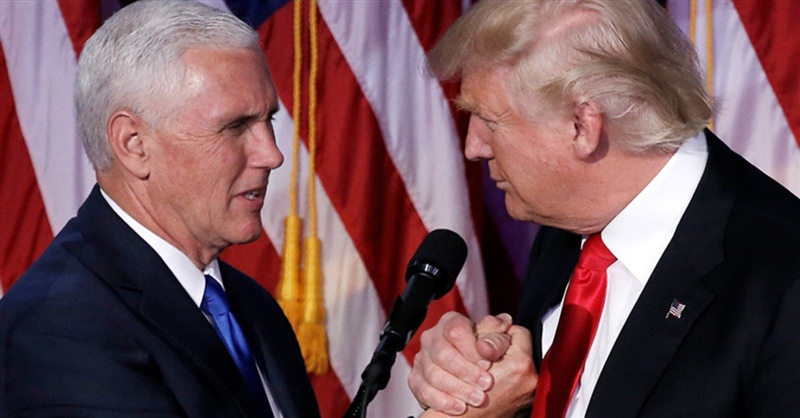 Are Evangelicals Expecting Too Much from a Trump Presidency?

Had evangelical Christians stayed home on Election Day – “or if the Rapture occurred” – Donald Trump would have lost the 2016 presidential election by a landslide, according to Ralph Reed, founder and chairman of the Faith & Freedom Coalition.

As it is, white evangelicals made up a little more than a quarter of those who turned out to cast their ballots. And by winning 81 percent of their vote, Trump was assured the presidency.

Now, evangelicals are expecting much in return from a president-elect who did not mention God in his victory speech, who was “strongly” in favor of abortion rights until he was against them, who has said he does not believe in repentance, who has made lewd comments admitting to sexual assault.

“When it comes to his very strong statements on life, on support for Israel, on the Iran nuclear deal, on religious freedom and on judges, we fully expect him to keep his pledge … to the American people,” Reed said Wednesday (Nov. 9) at the National Press Club in Washington.

“And based on my interaction with Donald Trump, I have found him to be somebody who, when he says he’s going to do something, he does it.”

In a speech last month at Liberty University, where President Jerry Falwell Jr. was an early and vocal supporter of Trump’s candidacy, Reed laid out the evangelical case for the then-Republican presidential nominee: chiefly, his turnaround on abortion, his pledge to appoint conservative Supreme Court judges and his expressed support for religious liberty.

Those are themes evangelicals echoed in discussing their support for — and expectations of — the president-elect both before and after Tuesday’s election results were in.

In the days before the election, Franklin Graham stressed that evangelicals were concerned about who would fill the Supreme Court vacancy left by the late Justice Antonin Scalia.

“I think this election is not about his potty mouth or her missing emails,” Graham told RNS on Thursday (Nov. 3).

After the vote, Ronnie Floyd, senior pastor of Cross Church in Arkansas, called Trump’s releasing a list of possible nominees for Scalia’s seat a “brilliant” move.

Floyd, a past president of the Southern Baptist Convention and a member of Trump’s evangelical advisory committee, said he believes that within Trump’s first few days in office, he will nominate somebody who is “very conservative, a strict constitutionalist,” to the court.

“The first 100 days he is president, I think he will think about this: Mr. Trump’s going to think, ‘I’m a business leader, I’ve been given a job, I’m going to get this job done,’” he said.

Anti-abortion activists expect a Trump presidency to defund Planned Parenthood and strengthen the Hyde Amendment, a provision that limits certain federal funding for abortions and which the Democratic platform this year wanted to repeal.

Penny Nance of Concerned Women for America Legislative Action Committee said she did not support Trump in the primary, but overcoming “the rockiness in our relationship” had helped Trump understand them better.

Marjorie Dannenfelser of Susan B. Anthony List said the anti-abortion rights movement has been re-energized since the last election through grass-roots efforts.

“That’s why we’re poised to really believe all of the very specific promises that Donald Trump made,” she told reporters in Washington.

The Rev. Samuel Rodriguez, president of the National Hispanic Christian Leadership Conference, said, “The idea that the evangelical community was walking in lockstep with anything and everything Trump said and did is totally erroneous.”

At the same time, Rodriguez said evangelicals have an “unbridled spirit of expectancy” that the president-elect will act on the issues that matter to them.

“I really do believe that 81 percent — that evangelical, unbelievable turnout — was critical for his victory, but … the evangelical community is not there to rubber-stamp President Trump’s administration or policy.”