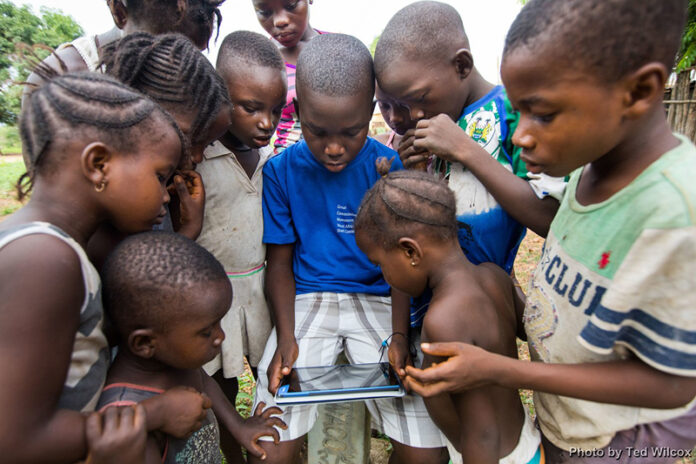 It happened in an extremely dangerous country, where the culture is hostile to Christ and His followers.

Every day a “JESUS” film team here begins their ministry with the same prayer. “Holy Spirit, where should we go today?” One day as they walked and prayed, they heard the voices of children. Following the sound, the team entered a compound filled with children and began talking to them about Jesus. The team had no idea where they were and the risk they were taking.

The police heard what they were doing, moved in and arrested them. Before being hauled away a team member had the presence of mind to quickly turn on a NewLifeBox in his backpack…leaving the backpack behind.

Arrested by the authorities, they transported the team members to the police station where they subjected them to torture, beatings, and threats. “How dare you?…you are spreading lies…you are teaching heresy…you will stop at once!”

Thinking they had intimidated the team enough, the police let them go. The team made their way back to the compound to retrieve the backpack. To their amazement hundreds of children were quiet, sitting in groups, eyes fixed on their smartphones, watching something…but what?

As they got closer, their best hope was confirmed: the children were watching the film “JESUS” on their phones. You see, the battery powered NewLifeBox they left behind creates a Wi-Fi hotspot, inviting anyone looking for a hotspot, and within 150 feet, to watch a film about Jesus.

In all, there were 672 children, and most were engaged with “JESUS.” Now the children began asking the film team many questions about what they had seen and heard. Then the children asked one more question: “Can you help us tell our parents about Jesus?”

Later, the team learned that the compound was a training center for the children of wealthy militants! The Lord had led the team and this amazing tool to the primary school for their children, where they were learning to fight for their religion.

Pray now that the doors remain open to many of these children and their families to learn more about Jesus.