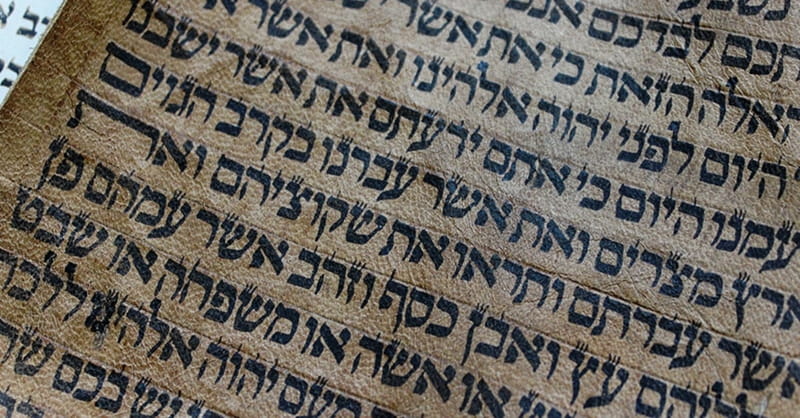 The author of a 10th-century collection of scriptures has been identified as the same scribe who wrote the the earliest known complete copy of the Hebrew Bible.

The finding could influence future translations of the Hebrew Scriptures, also known as the Old Testament, according to a news release from Tyndale House, Cambridge, which published the research.

The ancient text, known to scholars as Codex L17, contains only Joshua, Judges, 1 Samuel, 2 Samuel, 1 Kings and 2 Kings. Researcher Kim Phillips wrote in an article the Tyndale Bulletin that he determined that the author was the scribe Samuel ben Jacob, or “Samuel, son of Jacob,” and that it was written around the year 975.

Samuel ben Jacob also wrote The Leningrad Codex, the earliest known complete copy of the Hebrew Bible, completed in the year 1008 and the basis for many modern biblical translations.

L17 was part of the Firkovich Collection of Hebrew manuscripts housed in the Russian National Library, which Phillips described as “the most important trove of manuscripts for the study of the medieval text of the Hebrew Bible.”

Using digital images of the codex published by the National Library of Israel, Phillips said he was able to identify the scribe based on similarities in the lettering patterns between these two texts and another partial text by Samuel that he discovered in 2015.

That makes sense, said Professor Gary Rendsburg, Laurie Chair in Jewish History at Rutgers University, because Jewish scribes in that time had distinct “scribal techniques,” or “little flourishes and little symbols, jots and tittles on the manuscript” used to fill white space.

Phillips reported that the Hebrew letters used to represent the word for God in L17 also resembled the 10th-century scribe’s style and usage in other writings.

Scholars said the find is important, though they don’t expect anything earth-shattering to change as a result.

“It’s always important to have an early manuscript, but the specific significance remains to be seen,” said David Kraemer, director of libraries at the Jewish Theological Seminary.

Rendsburg expects any inconsistencies would likely be small, like the use of “hair” versus “hairs” or different spellings of a word.

“None of this is going to change the world,” he said. But the Rutgers scholar added that the find does shed light on the life of Samuel ben Jacob, a historic figure.

“These scribes are like our heroes who have given us these texts,” he said. “Because they wrote with such devotion, such dedication and such accuracy. … For me, the excitement is to bring to life this person about whom we just knew a name, essentially.”