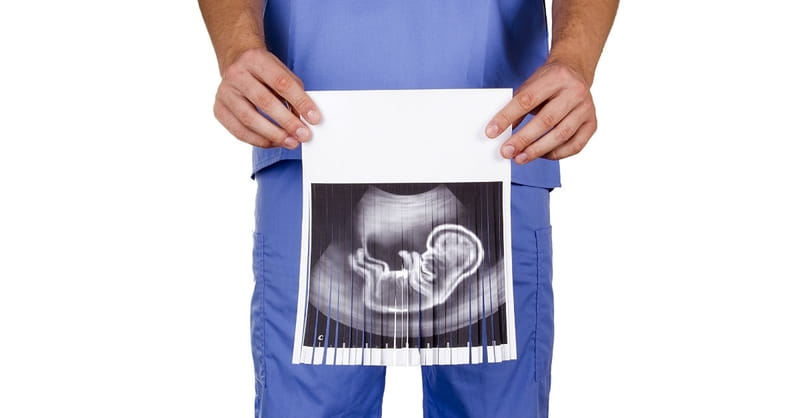 Catholics and evangelicals are often told how obsessed we are with so-called “culture war” issues like marriage, religious freedom, and abortion. If we’d only stop being so political and focus on proclaiming Christ, say some, we’d win a lot more converts.

But this isn’t how a Christian worldview works. The Scriptural premise, that God made human beings in His image, naturally leads us, as it has Christians throughout history, to protect and cherish those who bear that image. Ignoring evils perpetrated against bearers of the divine image denies what we know to be true about God. In other words, a distorted view of human beings always goes hand-in-hand with a distorted view of God.

Take, for example, a new book by self-proclaimed “born-again” Christian, Willie Parker titled, “Life’s Work: A Moral Argument for Choice.” As Russell Moore, president of the Southern Baptist Ethics and Religious Liberty Commission describes, the book is a would-be manifesto on the morality and even godliness of abortion.

Parker, an OBGYN, has performed countless abortions. He describes working a circuit of Planned Parenthood clinics in the South, performing abortions “over and over, like the athlete who goes to the gym after practice to shoot three-pointers.”

And as the recipient of Planned Parenthood’s Margaret Sanger award, it’s clear Parker has made the fight to keep abortion legal a major life goal. But unlike most pro-choice activists, this OBGYN tries to root his case for killing the unborn in his Christian faith.

Citing writers like C. S. Lewis (who would definitely take exception), Parker argues that abortion is consistent with Christian love. He even claims that Jesus Himself would have been an abortion supporter. In a 2015 New York Times piece, Parker recasts Christ’s beloved parable of the Good Samaritan as an endorsement of the so-called “right to choose”:

“It is the deepest level of love,” he writes, “that you can have for another person, that you can have compassion for their suffering and you can act to relieve it. That, simply put, is why I provide abortion care.”

Not surprisingly, Parker radically dehumanizes the unborn to reach his conclusion that killing them is an act of love. To call a fetus a “baby,” he argues, is to “anthropomorphize” the entity in the womb. Even liberal women do this, he complains, when they come in for ultrasounds and hear their babies’ heartbeats. He can’t understand what he calls the “fetishization of motherhood and children.” Little wonder for someone who compares killing the unborn to practicing basketball.

But he also finds it necessary to depersonalize God along with His unborn image-bearers. Parker chides believers for viewing the Almighty as a personal Being Who judges the living and the dead, calling this a “tendency to anthropomorphize God.” And the idea of conception or birth as “a miracle,” he writes, “does an injustice to God.” He prefers, instead, to view life as a “process.”

And Parker’s Judas routine just makes matters worse. Only his thirty pieces of silver takes the form of fawning endorsements from Cecile Richards and Gloria Steinem, both of whom are more than happy to gloat, “See, you can be a Christian and support abortion.”

But moral issues like abortion are inseparable from the core beliefs of Christian worldview, like the imago Dei. To embrace abortion requires rejecting what God has revealed about both Himself and about humanity.

Parker and other self-proclaimed Christian abortion supporters may claim they’re doing “life’s work.” But what they preach is no good news at all. It’s a gospel of death.