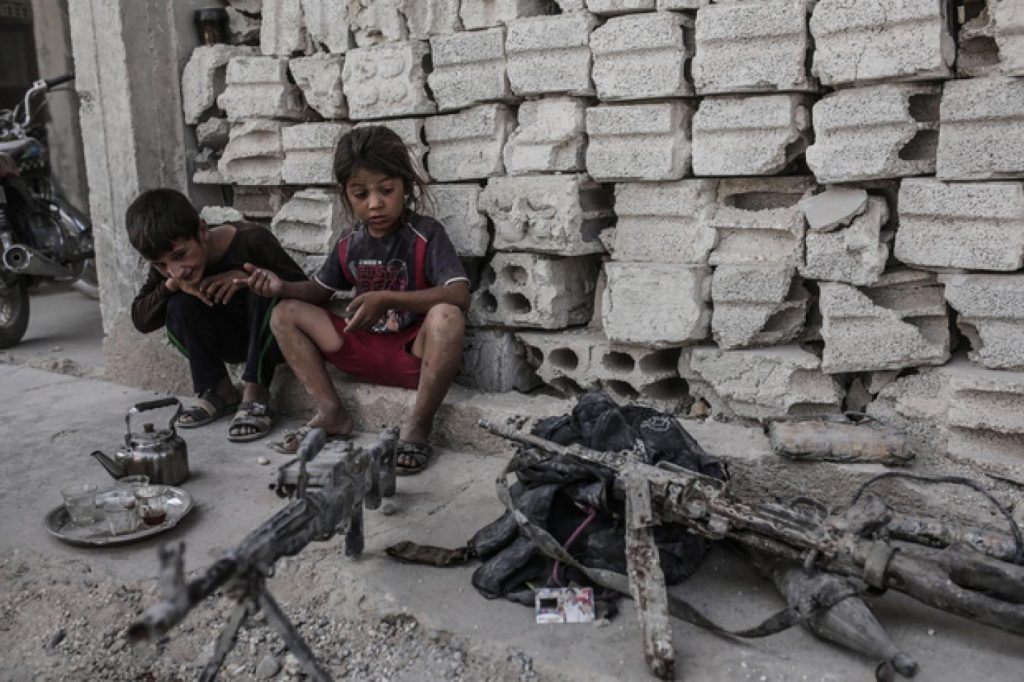 Christians In Afghanistan Face A Future Of Persecution & Forced Conversions

At this hour, Christian families in Afghanistan are hiding in their homes waiting for the inevitable knock on the door.

The Taliban is trying very hard to convince the rest of the world that they have become more moderate over the last two decades, but the reports that are coming in from those on the ground tell a completely different story.

Large numbers of women are being rounded up to be used as sex slaves, non-Muslims are being forced to go to their local mosques for prayer five times a day, and those that refuse potentially face instant death.

It was the most radical Islamic regime on the entire planet when they ruled Afghanistan two decades ago, and it is becoming exceedingly clear that they have not changed their ways at all.

As the Taliban reconquered the country, report after report of their door-to-door campaigns of terror came pouring in, and now we are hearing that similar things are even taking place in the heart of Kabul…

Afghanistan-based journalist Mustafa Kazemi reports that the Taliban are “looking for govt officials, former police & security forces members & those who worked for foreign countries NGOs or infrastructures in Afghanistan.” He notes that journalists are also being targeted.
According to Kazemi, the situation is so dire that some people “have started counting their final hours of life in Kabul.”

Fox News’ Jennifer Griffin corroborated the allegations, saying that she has “received a very credible first-hand report from those on the ground in Kabul” that the Taliban are going door-to-door “looking for retribution.”

Many Afghan families are hiding their women any way that they can, because the Taliban has ordered that any unmarried women are “ghanimat” and should be rounded up…
Taliban fighters have reportedly celebrated their resurgence by snatching girls as young as 12 from re-captured cities to be their sex slaves.

Commanders have ordered imams to bring them unwed women aged between 12 to 45 for their soldiers to marry because they are viewed as “qhanimat” — spoils of war.
How would you feel if you had a 12-year-old daughter and you knew that the Taliban intended to make her a sex slave for the rest of her life?

As the Taliban go door to door, they often commit unspeakable atrocities…
Shukria Barakzai, an Afghan politician and journalist, revealed some of the horrors which she has heard occurring as the Taliban bore down on Kabul.

“The gouging of a woman’s eyes in front of her terrified family; girls as young as 12 wrenched from the arms of their weeping mothers to become sex slaves for Taliban ‘warriors’; men punished or even killed for ‘offences’ as simple as listening to the ‘wrong’ music, or for daring to be ‘educated’,” she wrote for The Daily Mail.

Christian families are particularly vulnerable, because under sharia law Christians do not have any rights at all.

According to a written declaration that has been issued by the Taliban, one of the primary purposes for rounding up young women and forcing them to marry Taliban fighters is so that other religions in Afghanistan will be eradicated…

To evidence this concern, the Christian leader shared a written declaration by the Cultural Commission of the Islamic Emirate of Afghanistan, another name of the Taliban, declaring their intention to marry girls and young widows to Taliban fighters. The declaration said:
“In order to eradicate the ignorance of irreligion and also social problems of the youth in these provinces in general, the officials of the Islamic Emirate are ordering all the people of these provinces, especially tribal elders, village khans and mullahs, mosques to list young girls.

They are over 15 years old, and widows should be handed over to the Mojahedin Cultural Commission of the Islamic Emirate under the age of 45. God willing, these sisters will come to the religious marriage of the Mujahideen in order to learn pure Islamic lessons and accept Islam.”
Under the Taliban, there will be absolutely no tolerance for the Christian faith in Afghanistan.
And anyone that has chosen to leave Islam and embrace Christianity while the Taliban was out of power faces potentially deadly consequences…

According to the Taliban’s ideology, Afghanistan is a Muslim country and non-Muslims must leave Afghanistan or accept second-class status. For Christians coming from convert backgrounds, the Taliban will consider them apostates and subject to Sharia’s deadliest consequences.

“Some known Christians are already receiving threatening phone calls,” the Christian leader told ICC. “In these phone calls, unknown people say, ‘We are coming for you.'”
Of course many Christians will try to hide their faith the best that they can, but the Taliban have come up with ways to identify those that do not truly believe in Islam.
For example, Taliban leaders require everyone to go to a mosque and pray five times a day.  Needless to say, many Christians are not willing to do this, and this gives the Taliban an easy way to figure out who they are…

According to this Christian leader, life under Taliban rule is already very difficult for Christians in districts where the Taliban has held power. When the Taliban takes control of a village, they reportedly require all households to go to the local mosque to pray five times a day. Those who do not attend must provide a good reason for missing a prayer, potentially outing any Christian converts.

In addition, Taliban leaders have figured out that you can tell a lot about people by searching their phones.

If someone has downloaded a Bible on a phone and they discover it, that can mean instant death…

“We’re hearing from reliable sources that the Taliban demand people’s phones, and if they find a downloaded Bible on your device, they will kill you immediately,” said SAT-7 North America President Dr. Rex Rogers. “It’s incredibly dangerous right now for Afghans to have anything Christian on their phones. The Taliban have spies and informants everywhere.”
This is what complete and utter tyranny looks like.

The Taliban is deeply evil, and now they are armed to the teeth thanks to the vast amounts of U.S. military equipment that they have captured…
Built and trained at a two-decade cost of $83 billion, Afghan security forces collapsed so quickly and completely — in some cases without a shot fired — that the ultimate beneficiary of the American investment turned out to be the Taliban. They grabbed not only political power but also U.S.-supplied firepower — guns, ammunition, helicopters and more.

The Taliban captured an array of modern military equipment when they overran Afghan forces who failed to defend district centers. Bigger gains followed, including combat aircraft, when the Taliban rolled up provincial capitals and military bases with stunning speed, topped by capturing the biggest prize, Kabul, over the weekend.

What is happening in Afghanistan should be a major wake up call for all of us.  Get a first hand report from Christians on the ground below: