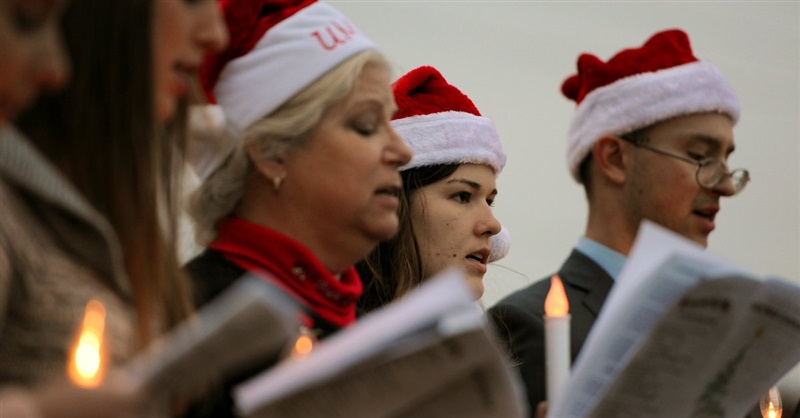 Throughout December, Christmas carolers will gather outside abortion facilities across America, to draw attention to the unborn children at risk of abortion. The Pro-Life Action League’s nationwide caroling event, Peace in the Womb, brings the Christmas message of peace and joy to the darkness of abortion clinics at over 80 locations in 30 states.

“It’s particularly sad to think of someone getting an abortion during the Christmas season, when we celebrate a new dawn of hope and joy coming into the world with the birth of a child,” explained Eric Scheidler, Executive Director of the Pro-Life Action League. “With our Christmas carols, we seek to remind those entering abortion facilities, and the entire community, that the Christmas message of salvation came through an unplanned pregnancy.”

The Pro-Life Action League calls for pro-life advocates to gather outside of abortion facilities across America throughout December to sing Christmas carols. Peace in the Womb caroling events take place nationwide, with multiple events and locations in some metro areas, including Chicago, Omaha and Philadelphia. December 2017 marks the fifteenth year that the Pro-Life Action League has coordinated caroling outside of abortion clinics.

Scheidler remarked, “The message of the Christmas angels is, Be not afraid. This is the same message our carolers are sharing with abortion-minded mothers. Whatever fear might be bringing them to the abortion clinic, we want to help, in any way that we can.” Scheidler noted that pro-life carolers throughout the country will be prepared to refer women to pregnancy assistance centers that offer a wide range of assistance to help women choose life for their babies.

Scheidler noted that over the years, many women have decided against abortion after hearing the pro-life carolers. At least 9 babies were saved from abortion during the 2016 nationwide caroling event, including one in Wood Dale, Illinois: “The couple came out of the abortion clinic with huge smiles on their faces,” Scheidler reported. “The mother declared, ‘We’re having a baby! We changed our minds!” while the father thanked the carolers, saying, ‘Good job!’ All they’d done was sing Christmas carols, and a life was saved.”

Details on Peace in the Womb Christmas Caroling events nationwide are available at https://prolifeaction.org/event/caroling2017/

About the Pro-Life Action League

The Pro-Life Action League was founded by Joe Scheidler in 1980 with the aim of saving babies from abortion through direct action, and is now headed by Joe’s son, Eric. Not content to await a political or judicial solution to abortion, the League seeks to stop the killing of unborn children right now through all available peaceful means, including public protest, sidewalk counseling, education, youth outreach, and national leadership. Visit prolifeaction.org