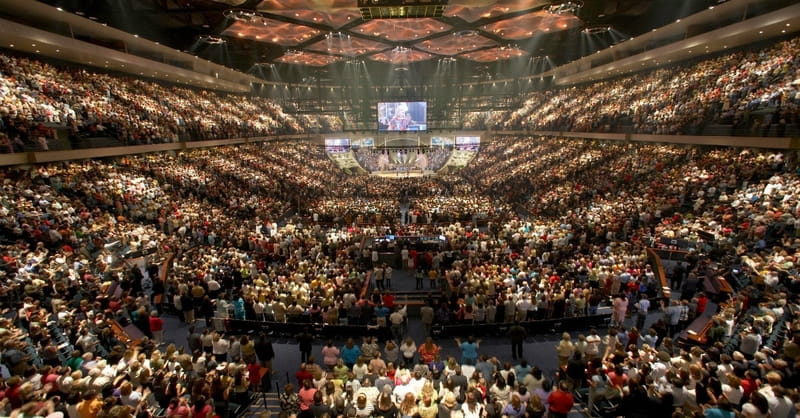 New research on church growth has revealed that the world’s largest churches are continuing to grow.

According to ChristianToday.com, megachurches in America and around the world are gaining more members. More than 1.6 million people reportedly attend America’s megachurches each week.

Churches in America are not the largest in the world, however. Megachurches in Korea, Argentina, Nigeria, and other places in Africa have even larger memberships.

Dr. John Vaughan of Church Growth Today found that the current church growth rate is five times what it was in the year 2000.

In the U.S., Lakewood church in Houston, Texas,  pastored by Joel Osteen and Life.Church in Edmond, Oklahoma top the list of the U.S.’s largest megachurches.

Lakewood Church has more than 52,000 worshippers every week, and Life.Church has a combined 70,000 total worshippers each week at its 21 campuses across seven states.

Vaughan stated that, through his research, he has identified the upcoming 150 emerging megachurches, and says he is encouraged to note that many good pastors are being raised up to lead these churches.