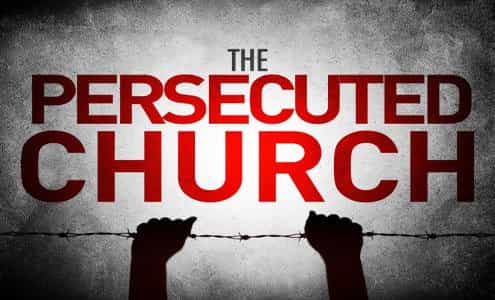 On the first Sunday of November, the International Day of Prayer for the Persecuted Church (IDOP) is observed every year by innumerable Christian denominations.

Across the world, tens of thousands of believers in over 100,000 congregations heeded that special call to prayer for individuals, families, and churches in locations where Christians are struggling with abuse and danger — sometimes to the point of martyrdom.

Sunday, November 7, marked that important annual event. But why does it matter?

America’s Christian communities face worries of their own, including political issues regarding public school education, questions regarding life-style choices that are incompatible with biblical values, concerns about COVID-related demands, and matters of life and death for the unborn.

But a quick scan across international horizons reveals incomparably dire straits: Christians are facing immediate, desperate, and even deadly circumstances. Open Doors’ 2021 World Watch List report revealed that 340 million Christians — one in eight globally — face high levels of persecution and discrimination because of their faith. There was also a 60 percent increase in the number of Christians killed for their faith in the past year.

Clearly, it’s appropriate that we should pause to pray for those who face real suffering for their belief in Jesus. So let’s start by thinking about the worst persecutor of Christians in the world: North Korea.

China is another serious persecutor. It cooperates with North Korea by sending fleeing Christians back across their common border, likely to face torture and death. Both countries’ governments consider any acknowledgment of God’s higher authority as a political threat. Thus, God cannot be openly worshipped in either country.

Under the present Xi Jinping regime, China is increasingly abusive to Christians. Meanwhile, millions of Uyghur Muslims are currently locked up in brutal concentration camps, tortured, and used as slave laborers. Babies are forcibly aborted, women are sterilized, and healthy Uyghurs are killed for organ harvesting.

Meanwhile, new converts to Christianity keep a low profile in numerous Muslim countries where their conversion away from Islam is grounds for execution. Iran proves to be a deadly example.

Iranian Christians — particularly converts from Islam — are identified as “enemies” of Iran’s Shiite mullahcracy and threats to national security. Arrests and behind-the-scenes violence against Christians are rampant. And yet, an underground house church movement is growing miraculously, even while being severely repressed. These new Christians are afforded zero rights, yet their courage is astonishing.

At the same time, African Christian believers are at high risk across that vast and increasingly dangerous continent. Open Doors’ 2021 Watch List notes that more than nine out of 10 of the 2021 global total of 4,761 murdered Christians were in Africa.

And Nigeria is the worst offender — at least for now. Voice of America reports that 50,000 believers have been murdered in Nigeria since 2018. Along with massacres, kidnapping and rape are rampant.
In 2019, 14-year-old Leah Sharibu was kidnapped along with more than 100 female students. All the abducted Muslim girls were released, but Leah refused to deny her Christian faith. She remains captive today and has reportedly given birth to two babies, fathered by her captors. She so needs our prayers.
Apart from in Nigeria, ISIS and other Sunni terror groups are terrorizing innumerable African Christians. Attacks and killings continue to rise. Right now in Libya, 17 Coptic Christians are missing. In the meantime, the violence never stops in Uganda, Burkina Faso, Algeria, Mozambique, and more.
And then there’s Afghanistan.

When Open Doors first listed Afghanistan as the world’s second-worst persecutor of Christians, it seemed farfetched. Who knew that there were any Christians there at all?

However, due to America’s sudden and stunning retreat from the country, leaving behind untold numbers of U.S. citizens and green card holders, we’ve also recently learned that as many as 10,000-12,000 Afghan Christians have been worshipping within a very secretive underground church movement for years. And, again, virtually all are converts from Islam.

Frantic rescue efforts in Afghanistan continue, and only God knows how many Christians, U.S. citizens, and allies will be left behind. Rescue flights are diminishing, while the Taliban’s inevitable bloodletting seems to have only just begun.

In fact, examples of Christian suffering and death can be found all around the world. And as we pray, let’s remember believers living in the midst of Open Doors’ top ten abusers: North Korea, Afghanistan, Somalia, Libya, Pakistan, Eritrea, Yemen, Iran, Nigeria, and India.

But let’s also bear in mind that Open Doors’ list includes 50 oppressive nations — not just 10.
So what can we do? Besides remembering, praying, and even fasting for the world’s persecuted believers, let’s…

Inform American Christians about the brutality and bloodshed abroad and prompt them to give thanks for their own safety.

Remind them to engage in remembrance and prayer on IDOP with our vast global Christian family.

Inspire them to empathize instead of turning away.

Encourage them to pray.

Advise them to contact U.S. legislators about potential actions, sanctions, or other interventions.
And let’s remind ourselves, as we live in mostly safe-and-sound American Christian communities, to “Remember…those who are mistreated as if you yourselves were suffering” (Hebrews 13:3).