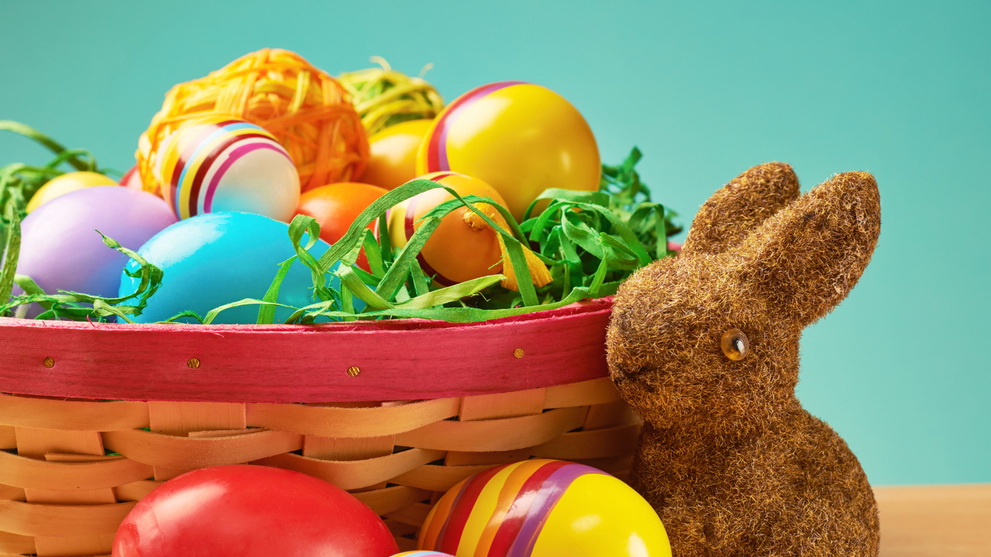 Recently I was amused reading a post by a fellow children’s minister who wrote early on Resurrection Day. He related a dream that was clearly an anxiety dream. Any children’s pastor could have smiled and nodded with understanding. He wrote: “Last night I dreamt that while I was giving instructions at the end of our morning service for the egg hunt, not a single parent was listening, and they were all talking among themselves. I whispered to my Senior Pastor that I felt like I was back with the kids.

Then, when we went outside for the hunt, no one was lining up at their correct stations. I also realized that not one egg had been collected, and that my Senior Pastor was dressed as Batman, and all the kids were gathering around him dressed up as super heroes, too!”

After my initial chuckle, I instantly saw the prophetic significance of his dream, and my smile faded. He wrote that not a single parent was listening, and were talking among themselves. I felt the pinch of that because it is exactly what is happening in many of our churches today. It’s something those of us in children’s ministry deal with constantly.

Many of our parents are ignoring the spiritual development of their children. As long as the church has activities for their kids, they are satisfied, and all too often they completely abdicate their discipleship responsibilities to the church. No one was at their correct stations. Could this represent Christians (in this case parents) who are simply disconnected with the faith development of their children, and are not in position for God to use them in these critical last days. Please, don’t see this as a criticism. It’s just the reality that any kids’ minister can concur with. After 25 years in kids’ ministry myself, it’s still my daily reality.

Let the Church Do It

According to statistics [Barna], 85% of Christian parents feel they have the number one responsibility for their children’s spiritual development. But what that usually means is they take their children to Sunday School, and let the church do the job. Less than 1 in 10 Christian parents ever read the Bible together with their children, pray together over anything other than their meals, and only 1 in 20 ever have a worship experience together in their homes.

But what happened next in the dream is so prophetic of what God is speaking to the Church right now. The children’s pastor realized that not one egg had been collected. I’m not sure why they were having an Easter egg hunt in the church, but I saw this as two possible things: 1. That it represents traditional children’s ministry the way we have always done things, with a low-level of spiritual depth, and/or 2. That it represents how much the culture, at large, has infiltrated our churches, and especially in our children and youth which is affecting them spiritually.

Notice, not one egg had been collected. Hiding the eggs is the role of the adults. They were mistakenly assuming that eggs [or traditional children’s ministry] is what kids want, and all they are capable of handling spiritually. Collecting the eggs is the job of children. But they weren’t collecting any. Why? Did it represent that what has always worked in the past in children’s ministry was no longer meeting their spiritual needs?

The Senior Pastor was dressed up as Batman (a superhero) and all the kids were ignoring the eggs, and gathering around him instead. The Pastor represents senior pastors, but also the five-fold ministry leaders of the Church. Being dressed as a superhero represents the supernatural power God they walk in. It is their job to equip the saints for the supernatural work of the ministry, i.e. getting them saved, filled with the Holy Spirit, teaching them to hear God’s voice, be led by His Spirit, healing the sick, operate in the nine gifts of the Spirit, teaching them to be intercessory prayer warriors, and more.

Normally Senior Pastors (or five-fold ministers) have little to do with the children of their churches. That’s why they have children’s pastors in position. But the kids were not gathering around the parents, or the children’s pastor. They were gathering around the five-fold equipper. I believe this demonstrates these kids were hungry for something more than they were typically getting in their children’s ministry. Traditional kids’ programs were no longer satisfying them. Kids today are hungry for the supernatural power of God.

That’s why they were also dressed in superhero costumes. I believe this is the Joel 2:28 generation. This is the generation God has been planning for a long time. “In the last days, I will pour out of my Spirit upon all flesh, and your sons and your daughters shall prophecy…” While He is speaking about all of us alive today, we also need to keep in mind it is now common worldwide to hear boys and girls prophesying and walking in signs, wonders, and miracles. But it only happens when someone takes the time to equip them, and show them what to do, and how to do it. Joel 2:28 is no longer a prophecy. It has come to pass. We are in a new era, and our kids are trying to tell us they are hungry for a deeper walk with God than we have been giving them.

No doubt the superhero costumes they were wearing were just their size. I seriously doubt they were wearing adult costumes. That’s because God will use them at just they age they are. They do not have to grow up to do great things for God. All they want is for someone to take them seriously as disciples of Christ, and show them what to do now, while they are still kids.

A few months ago, a young teen in our church also had a dream. His dream took place in a huge ballroom, and once again, the adults were sitting all along the sides of them room. He saw a blue haze throughout the room, and in the center were children with bodies of seven year olds, but they had the faces of teenagers. One group of them had flashes of lightening and glowing, glittering lights coming out of them. When they touched other children in the room, that heavenly lightening and glitter passed on to them.

Spiritual Maturity Beyond Their Years

I believe this was showing that children today are capable of spiritual maturity beyond their years. And when they are trained and equipped, they can do powerful things for God. But it seldom happens without someone in their lives taking the time to deliberately mentor them in the things of the Spirit. They are desperately asking to be equipped. They are crying out, “Teach me to know my God!”

For over 15 years I have collected prophetic words from significant voices in the body of Christ (Kim Clement, Rick Joyner, Cindy Jacobs, and many others) of what they had to say prophetically over children. I have dedicated one entire section of my website to some of those words. (What the Prophets Are Saying About this Generation.) These prophecies have been mind-blowing in some cases, such as children being some of the greatest evangelists in the last days, and great signs and wonders coming from them such as entire hospital wards being cleaned out when every person in them is healed through the children.

We, in Kids in Ministry International, have seen many of these words come to pass in our own ministry where we have trained leaders in twenty-one nations, who lead roughly 34,000 children through our ministry weekly.

It Doesn’t Happen By Accident

But I can also tell you none of these things listed above happened by the sovereign hand of God alone. In every case the children were trained first to hear God’s voice, take authority over the enemy, and learn how to heal the sick. Somebody taught them on purpose, and deliberately what to do and how to do it.

Failure to disciple and empower the next generation will have catastrophic results for the church. After two years of researching the church and her children, George Barna is quoted as saying, “The most important ministry in the church today is children’s ministry.” I might add, however, from my years of experience, it’s not just kids’ ministry as usual—it’s supernatural kid’s ministry that will make the difference and capture their hearts and imaginations. They aren’t interested in finding colorful, little eggs anymore. They have their superhero costumes on, and they are ready for duty.