×
Home > Uncategorized > Enabling The Mark Of The Beast System 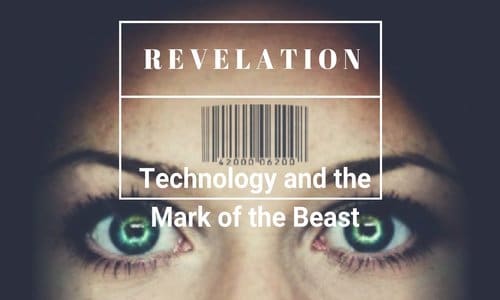 As COVID-19 continues to circulate around the world, it becomes increasingly clear it poses a threat to more than just global health. Governments all over the world have used the crisis to expand their power and trample individual liberty. As 2021 nears its end, governments are increasingly dividing the world into two camps – the vaccinated and the unvaccinated.

For example, on September 9th, President Biden held a press conference in which he announced a series of new vaccine mandates potentially impacting more than 100 million Americans. Biden is authoring rules to require all employers with 100 or more employees to ensure their workforces are fully vaccinated or show a negative test at least once a week. The ink hasn’t even dried yet on those executive orders, and already The Hill reports he’s mulling the idea of implementing vaccine requirements for all air travel.

In South Australia, the government is rolling out a new app that requires citizens to take a photo of themselves and report their location on demand within 15 minutes of authorities requesting it. The non-compliant will face a police investigation.

Recently, Australian MP Daniel Andrews vowed to “lock out” the unvaccinated when it comes to medical care and conducting commerce. “There is going to be a vaccinated economy, and you get to participate in that if you are vaccinated,” Andrews stated. “We’re going to move to a situation where, to protect the health system, we are going to lock out people who are not vaccinated and can be.”

In Italy, flying drones monitor the temperatures of beachgoers “to track COVID-19 and prevent health emergencies.” Israel, France, and countless other nations have set up “vaccine passport” systems. Under these systems, the unvaccinated are denied access to gyms, concerts, restaurants, and sporting events.

In the United States, similar measures have been put in place in New York City, Los Angeles, and San Francisco. Universities make the vaccine a requirement for enrollment, and in some cases, the unvaccinated are denied medical care. For example, one Florida doctor sent a letter to her patients telling them she will no longer treat the unvaccinated.

Throughout the world, society is singling out the unvaccinated for punishment. Those who refuse the COVID vaccines face potential loss of jobs, healthcare, freedom of movement, and liberty in general. Those who support vaccine mandates and vaccine passports want to ostracize the unvaccinated from society. They seek to apply maximum pressure to force the unvaccinated into compliance.

Does any of this sound eerily familiar? It should.

The Book of Revelation describes a similar system whereby the people of the world are forced to receive a mark on their right hand or forehead. Those who refuse to comply will be unable to buy or sell. They’ll effectively be cut off from society.  Are COVID vaccines the mark of the beast written about in the Book of Revelation? No. The mark of the beast will involve a conscious decision to give one’s allegiance to the Antichrist. No one will accept it by mistake.

What is the Mark?

What does the Bible actually say about the mark of the beast? It says the mark will be an outward expression of a person’s allegiance to the Antichrist. As global dictator, he’ll require it, and the mark will appear on a person’s right hand or forehead (Revelation 13:16). What will it look like? We don’t know for sure.

It could be a tattoo, a microchip, or something else (maybe even a vaccine). But whatever it looks like, it won’t be concealed. It will be visible to everyone. We don’t know the exact form it will take, but it will be a number representing the Antichrist’s name. His number is 666 (Revelation 13:18).

Those who refuse the mark of the beast will be shut out of the global economy. They’ll be unable to buy or sell anything without it (Revelation 13:17). Some will even face beheading for their refusal to accept it (Revelation 20:4).

What Happens to Those Who Refuse the Mark?

After the Antichrist enters the Temple and declares himself God (2 Thessalonians 2:4), he’ll require everyone on earth to accept the mark (Revelation 13:16). Accepting the mark will be a pledge of allegiance to the Antichrist. Again, this will either be the number 666 or a name that adds up to 666 (Revelation 13:18).

All who accept the mark will display it on their right hand or their forehead (Revelation 13:16). This will make it easy for society to identify them. Society will blacklist anyone who refuses the mark. Every buy/sell transaction will be linked to it. As a result, those without it will be unable to buy or sell anything (Revelation 13:17). This will put enormous social pressure on people to accept the mark.

Think about it. Imagine if you couldn’t buy or sell anything. How would you get food to survive? How would you get shelter, clothes, and the basic necessities of life? The pressure for most people will be too much to bear. They’ll give in and accept the mark. It’s likely only committed Christians or devoted members of a religion condemning such a practice will refuse the mark. In some cases, the consequences will be worse than economic. Some people will be martyred for their refusal to accept the mark (Revelation 20:4).

Enabling the Mark of the Beast System

While I don’t believe the current COVID vaccines are the actual mark of the beast, vaccine mandates and vaccine passports impose a social system identical to the one imposed by the mark of the beast. How? By blacklisting from society anyone who refuses to accept the vaccine.
How many people have already lost their jobs? How many people are now under threat of losing their jobs? In some places, the unvaccinated aren’t allowed to enter concerts, sporting events, restaurants, or gyms. In some countries, they aren’t even allowed to enter grocery stores.

Every Christian should oppose vaccine mandates and vaccine passports, because supporting them is the same as supporting the mark of the beast system. In practice, they’re one and the same. If you accept the idea the government has the rightful power to inject a substance into someone against their will (or pressure them to submit), then government power has no limit.
Unfortunately, far too many people believe the government does hold this power. And their belief enables the mark of the beast system, creating a world ripe for the rise of the Antichrist.
This is yet another sign of the times in which we live. Israel is back in the land (Jeremiah 23:7-8). The Jewish people are back in Jerusalem (Luke 21:24-28). The Gospel is being preached throughout the world (Matthew 24:14). And now we see the mark of the beast system embraced by much of the world.

Jesus said when you see all these events take place, look up, because He’s coming soon (Luke 21:28). So use what little time we have left to spread the Gospel, because Jesus is coming!

1 thought on “Enabling The Mark Of The Beast System”

Leave a Reply to Sheila A Allen Cancel reply