×
Home > Uncategorized > FRANKLIN GRAHAM: REMEMBER THOSE WHO PAID FOR OUR FREEDOM 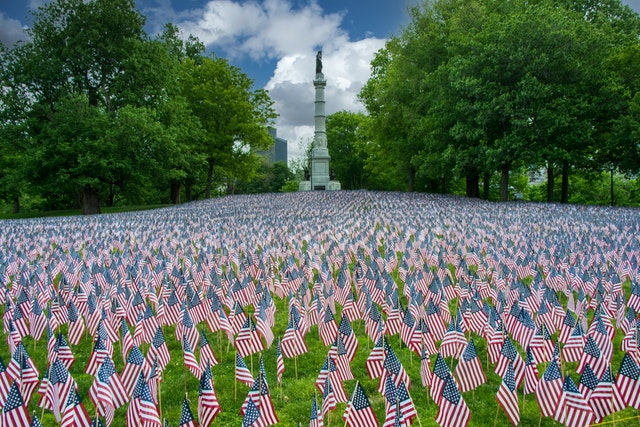 …For us to be able to honor them and remember them, but also to remember to pray for their families.

[BillyGraham.org] Billy Graham had a history of ministering to American troops during times of war, including visits to Korea and Vietnam. The Graham family has supported the military in various ways over the years, including ministry to wounded veterans and their spouses. Franklin Graham’s youngest son Edward is a retired Army Ranger. (Image: Pixabay)

As we honor those who have given their lives for our nation, reflect on these words from Franklin Graham in a recent interview:

Why is it important to set aside a day to remember those service members who’ve died serving the United States?

It’s extremely important that we remember the price that was paid for our freedom. And that’s the lives that were lost fighting the wars of this country. And for us to be able to honor them and remember them, but also to remember to pray for [their] families.

Especially [with] the recent wars, what we’ve seen in Afghanistan and 9/11 and all of the troops we have in that part of the world. We still have enemies out there that want to destroy this nation.

It’s important that we remember those that have paid the ultimate sacrifice where they shed their blood and gave their life for our freedom.

It can also serve as a reminder of what Christ did to provide us with spiritual freedom.

Christ laid down His life so that we could have eternal life. He gave His life and shed His Blood for our sins. We deserve the cross; we deserve to die. We’re the ones who are guilty. He’s not guilty.

But He loved us so much that He took our guilt. He took our shame; He took our sins. And He died in our place and shed His blood on the cross, was buried. But God raised Him to life. And that’s our hope. That if we put our faith and trust in Christ, that we’ll have eternal life.