‘Grateful God Put You in Front of Us’: American Idol Contestant Prays with Judges after Emotional Audition 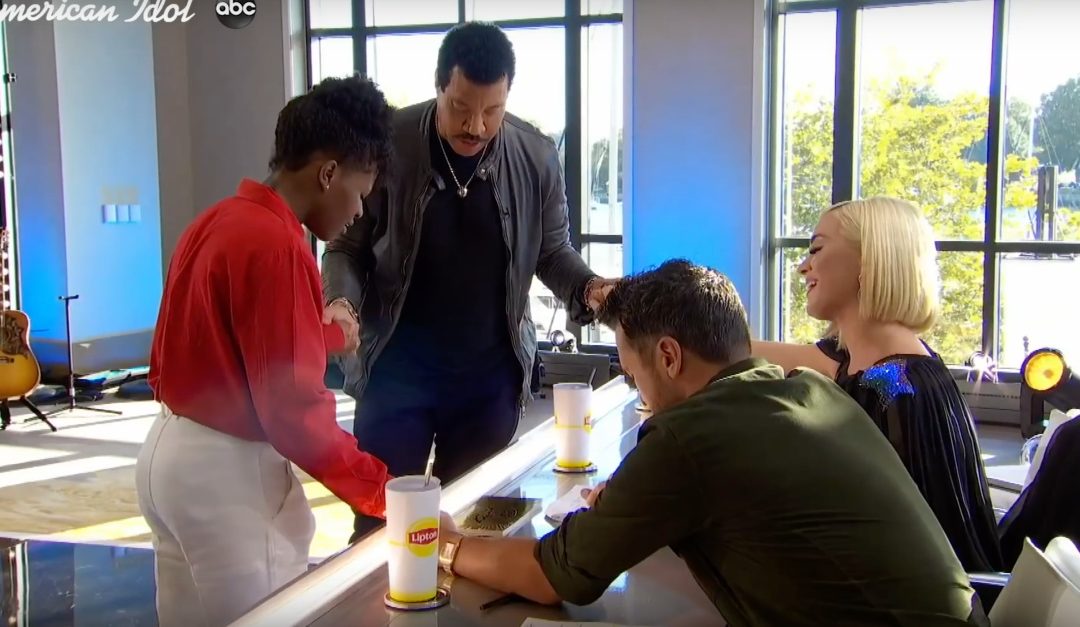 Twenty-year-old singer Samantha Diaz delivered an emotional audition on ABC’s American Idol this week, concluding it all by asking the judges to pray with her, according to CBN.

The singer, who goes by “Just Sam,” was adopted by her grandmother as a child and lives in a project in Harlem, New York. She’s loved to sing since she was a kid and spends much of her time in the subways collecting money after her impromptu performances.

“My mother wasn’t there for me, growing up…neither was my father. My grandmother made sure we were fed, had a roof over our heads and had clothes on our backs,” she said.

Diaz’s grandmother, Elizabeth, gave her granddaughter three pieces of advice before her audition: “Believe in yourself. Believe in God. And learn to forgive people.”

During her audition, Diaz attempted to sing Lauren Daigle’s “You Say” but was overcome with emotion. The judges—Katy Perry, Lionel Richie, and Luke Bryan—gave her a moment to collect herself and offered words of encouragement.

She eventually decided to do what she felt most comfortable: singing like she does on the subway. She confidently sang Andra Day’s “Rise Up” to a stunned panel of judges. Each of them encouraged her to keep singing, win or lose.

“We’ve got you and I want you to rely on us to coach you through this,” said Richie after her performance. “I’m so grateful that God put you in front of us.” He also told her that she was safe with them, to which Diaz asked, “Can I pray with you guys, is that okay?”

While holding hands around the judges table, the four prayed, “Heavenly Father, Lord make my life brand new right here, right now, with my friends and my new fam, Amen.”

The audition sparked supportive tweets from host Ryan Seacrest. “Always need a box of tissues nearby when watching auditions like Just Sam’s. Admire her heart and strength so much,” he said.

No matter what happens, Diaz is grateful for the experience.

“I know that at this point in my life, I’ve already made my grandmother proud. Her seeing me on TV was my dream and it finally came true after all these years … I’m currently filled with so much gratitude, joy and so much peace. Being able to audition for American Idol has truly changed my life.”