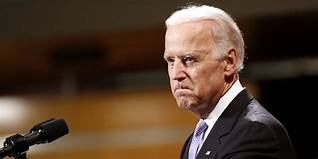 A collection of right-wing Israeli organizations this week launched a campaign telling US President Joe Biden to keep his hands off the Holy Land when he visits later this week.

There is concern in certain circles that Biden will try to repair America’s standing in the region, and in particular with the Palestinian Authority, by pushing for Israeli concessions.

Cognizant of this, the Palestinian leadership has been conducting its own campaign in recent days accusing Washington of helping to “entrench the Israeli occupation,” and demanding that Biden shift course and return to the path of the two-state solution.

Amidst all the talk of pending normalization between Israel and Saudi Arabia, many also fear that the Americans will promise Israeli capitulation in Judea and Samaria (the so-called “West Bank”) and Jerusalem in return for such a dramatic development.

For the US to do these things wouldn’t be all that surprising. What’s got some Israelis worried is that the country’s current and interim prime minister, Yair Lapid, is more aligned with such thinking than his predecessors, Naftali Bennett and Benjamin Netanyahu.

Lapid has long preached that Israel must “separate” from the Palestinians, presumably meaning that Jewish communities dotting the biblical heartland need to be uprooted.

What’s more, according to those behind the campaign, Lapid will be looking to score a major diplomatic win to boost his party’s prospects in Israel’s upcoming national election on November 1. And the price he might be willing to pay for that could have long-lasting consequences.

A flyer produced by the Israeli organizations and addressed to both Biden and Lapid read:

Don’t sell us out!
Israel’s security and sovereignty aren’t bargaining chips!
Jerusalem and the Jordan Valley are Israel’s most vital existential interests.
They’re not for sale.

The lead organization behind the campaign is known as Regavim. In its own press release, Regavim wrote:

President Biden: Don’t exploit Israel’s unstable political landscape to extract historic concessions from an interim government that may be tempted to pay an enormously high price to shore up their election prospects.
Prime Minister Lapid: Don’t sell out our national interests for photo-ops with visiting dignitaries who have agendas of their own.

The statement went on to explain the group’s specific concerns.

During his three days in the country, Biden has scheduled a visit to the eastern half of Jerusalem. The problem is that he’ll go there accompanied by Palestinian Authority, and not Israeli officials.

The implication is clear: the Biden Administration views eastern Jerusalem as “occupied” and accepts the Palestinian demand that it be the capital of a future State of Palestine, a position Israel utterly rejects.

See: An Open Letter to President Biden on His Planned Visit to Eastern Jerusalem

It is also believed that Biden will make some kind of statement or remark about the upgraded status of the US mission to the Palestinians in Jerusalem. Officially recognizing that mission as a de facto embassy would further strengthen the Palestinian claim to Jerusalem.