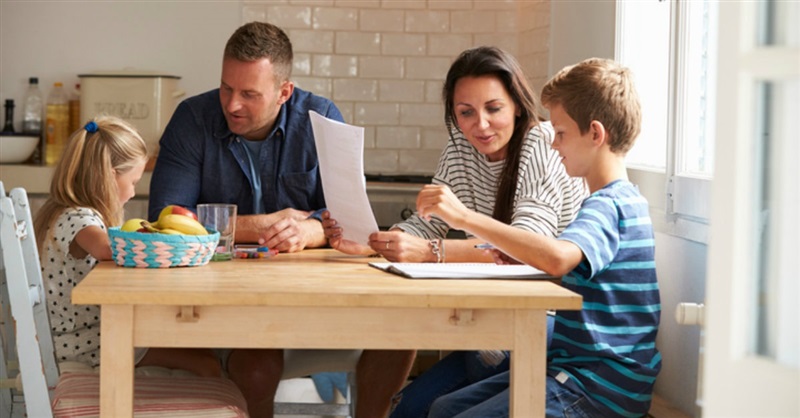 Hi, I’m John, and my wife and I homeschool our children.

I hope in the future that’s not how we’ll have to introduce ourselves as a sort of public warning to others. But make no mistake, the phenomenally successful homeschool movement does have its enemies: enemies constantly working to turn public opinion against parents who have chosen this way to pursue their children’s education.

A recent and -obscene example comes from the New Republic, where writer Sarah Jones is using the horrible story of the torture inflicted by David and Louise Turner on their 13 children as a means to attack the idea of homeschooling itself. Under the inflammatory headline, “The Turpins Won’t Be the Last: How Lax Homeschooling Laws Enable Child Abusers,” Jones argues that this horrifying case is representative of a larger trend of child abuse enabled by the freedom to homeschool.

Now folks, to use a phrase I introduced a few weeks ago on BreakPoint, this is nutpicking nonsense. There’s nothing inherent to homeschooling that creates abuse. Abuse happens in all educational, parenting, ecclesial, and for that matter, cultural contexts.

My BreakPoint colleague Shane Morris, a product of homeschooling himself, tackled Jones’ cheap-shot article in a sharp-elbowed but necessary response to Jones at The Federalist. I’ll link you to it at BreakPoint.org. Shane writes, “In [Jones’s] mind, the fact that some homeschooling parents abuse their children is proof that something is wrong with liberal homeschooling laws. But we might also apply her line of reasoning to public schools.

“In New Jersey,” he continues, “93 teachers pleaded guilty to sexual relationships with students from 2003 to 2013.” And “Reuters reports that in 2014, ‘almost 800 school employees were prosecuted for sexual assault.’”

It would be absurd to conclude from these statistics that public and private schools “assist abusers.” No one thinks that way.

But that’s exactly what Jones does to homeschooling, when she and other proponents for increased regulation worry that what they call the “state of deregulation” “actually assists abusive parents.”

Not surprisingly, Jones also questions the motives of groups like the Homeschooling Legal Defense Association and downplays the impressive academic achievement displayed by homeschooled children, as well as the research “that shows homeschooling produces, on average, better-educated and more college-ready students.”

There are, as Shane writes, good schools and bad schools—schools that produce college-ready students by the boatload, and there are schools that graduate kids who can barely read. In the same way, there are parents succeeding at homeschooling and there are those that aren’t. If you’re not calling for the state to abandon public education for the bad apples, you’ve got no business calling for a crackdown on homeschooling because of the evil deeds of these two California parents.

In the end, I think Shane is right: “On a more fundamental level, those who want to place additional barriers in the way of homeschooling families have a different worldview. They see the state, not the family, as ultimately responsible for rearing and educating children.” That’s a worldview that Christians don’t share, no matter how we choose to handle our own children’s education.

Kids belong to God, who entrusts them to parents. Whether parents choose homeschooling, private education, charter schools, public education, or like many of us  do some amalgamation and combination of those options, the bottom line is, kids don’t belong to the government.

And that means at least two things for us. First, Christian parents ought to take that responsibility just as seriously and intentionally as it sounds. And second, we should call out the lie that abuse—which sadly happens everywhere—discredits an educational choice that’s blessed over a million-and-a-half kids.  Instead we should ask what’s broken in our society that’s making abuse so common.