×
Home > Video > How To Receive A Prophet – Prophetic Word for Today! 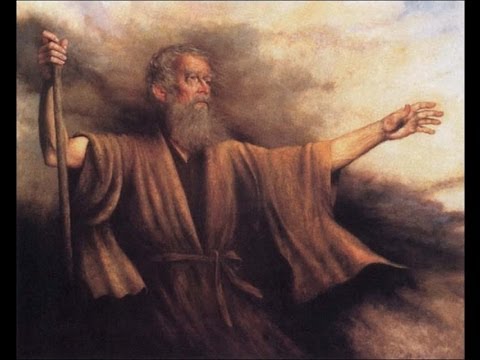 I once read that Smith Wigglesworth, when ministering in prayer lines would often ask people, “Do you believe that God has sent me here to heal you?” If they said yes, he would pray for them and they would get healed. What does it mean to be sent? It means, ‘set apart by God or chosen by God.’ One that has been sent out by God is someone that has been sent.

Immediately after Jesus returned from the wilderness, Jesus entered a Jewish synagogue where he read the scroll from Isaiah:

The spirit of the Lord is upon me, because he hath anointed me to preach the gospel to the poor; he hath sent me to heal the broken hearted, to preach deliverance to the captives, and recovering of sight to the blind, to set at liberty them that are bruised…(Luke 4:18 kjv)

Jesus knew that he was sent by God.

For he whom God hath sent speaketh the words of God, for God giveth not the spirit by measure unto him (John3:34).

A Prophet speaks the words of God; he is God’s instrument, his oracle.

As Jesus was reading this from Isaiah, those in the synagogue began to whisper among themselves and say, ‘Is not this Joseph’s son?’

And he said unto them, ye will surely say unto me this proverb, Physician heal thyself: Whatsoever we have heard done in Capernaum, do also here in thy country. And he said, Verily I say unto you, No prophet is accepted in his own country. But I tell you a truth, many widows were in Israel in the days of Elias, when the heavens was shut up three years and six months, when great famine was throughout the land: but unto none of them was Elias sent, save unto sarepta, a city of Sidon, unto a women that was a widow (Luke4:23-26 kjv).

Jesus was saying this because Nazereth was his own country and he was not received there. They did not believe that he was sent by God and the Bible says that he could do there no mighty work because of their unbelief, although many miracles happened in Capernaum. Jesus then begins to talk about Elias who is Elijah. He said that there were many widows in Israel during the days of Elijah, but to only one was Elijah sent. I personally believe that Elijah could have blessed many widows but a Prophet can do nothing unless he is received. Only those that recognized that he was sent received the blessing from Elijah the Prophet.

1 thought on “How To Receive A Prophet – Prophetic Word for Today!”