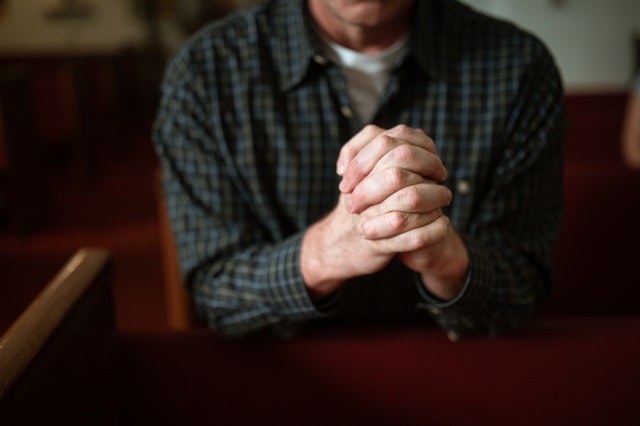 “Tonight, let us say a prayer for life and that our justices remain steadfast in their convictions.” -Alabama Governor Kay Ivey 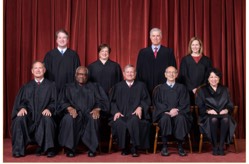 [CBN News] A leaked Supreme Court draft opinion written by Justice Samuel Alito indicates that the court may be preparing to strike down the 1973 landmark Roe v. Wade decision that made abortion a constitutional right in America, according to a Politico report released Monday. (Screengrab image)

The 67-page document labeled a “1st Draft” of the “Opinion of the Court” is a complete rejection of Roe v. Wade and the subsequent 1992 decision of Planned Parenthood v. Casey, which affirmed the right to an abortion. The opinion would effectively eliminate abortion protections on a federal level and return the contentious issue back to the states.

“Roe was egregiously wrong from the start,” writes Alito, who was appointed by former President George W. Bush and is a member of the court’s 6-3 conservative majority. “It is time to heed the Constitution and return the issue of abortion to the people’s elected representatives.”

The draft opinion continues, saying: “Abortion presents a profound moral question. The Constitution does not prohibit the citizens of each State from regulating or prohibiting abortion. Roe and Casey arrogated that authority. We now overrule those decisions and return that authority to the people and their elected representatives.”

The draft opinion, written in February, could not be independently verified. Politico said it received “a copy of the draft opinion from a person familiar with the court’s proceedings in the Mississippi case along with other details supporting the authenticity of the document.”

In a statement released by the high court on Tuesday, court spokesperson Patricia McCabe explained that “Justices circulate draft opinions internally as routine and essential part of the Court’s confidential deliberate work. Although the document described in yesterday’s report is authentic, it does not represent a decision by the Court or the final position of any member on issues in the case.”

Chief Justice John Roberts said he has ordered an investigation into the source of the leak.

In a statement, Roberts said, “To the extent of this betrayal of the confidences of the Court was intended to undermine the integrity of our operations, it will not succeed.  The work of the Court will not be affected in any way.”

“We at the Court are blessed to have a workforce—permanent employees and law clerks alike—immensely loyal to the institution and dedicated to the rule of law. Court employees have an exemplary and important tradition of respecting the confidentiality of the judicial process and upholding the trust of the Court. This was a singular and egregious breach of that trust that is an affront to the Court and the community of public servants who work here,” the statement continued.

“I have directed the Marshal of the Court to launch an investigation into the source of the leak,” Roberts’s statement concluded.

The issue before the court is a Mississippi law that virtually bans all abortions after 15 weeks. Mississippi is directly challenging Roe v. Wade and argues that the high court should get out of the business of crafting abortion policy and return the issue to the state legislatures to decide. The Supreme Court appeared sympathetic to Mississippi’s position during oral arguments in December.

If the justices rule in favor of the Mississippi law it would undermine Roe, and if they overrule Roe it would break with precedent.

The draft doesn’t necessarily represent the Supreme Court’s final decision and opinions often change during the drafting process. The court is expected to rule on the case in late June or early July.

A decision to overturn Roe v. Wade would almost immediately lead to bans or tighter restrictions on abortion in the South and Midwest. However, any state could still legally allow the procedure.

Reaction From Both Sides

The disclosure of Alito’s opinion represents a rare breach of the court’s secret, behind-the-scenes deliberations on such a divisive issue. Hours after Politico published the draft opinion, elected officials reacted with anger and celebration.

“It concerns me a great deal that after 50 years we’re going to decide that a woman doesn’t have the right to choose,” Biden told reporters before boarding Air Force One for a trip to Alabama.

If the decision is issued, he said, “a whole range of rights” that are based on the presumption of privacy will be in question, including access to contraception and same-sex marriage.

Biden said he wanted Congress to pass legislation codifying Roe v. Wade, but he wasn’t prepared to say whether the Senate should sidestep the filibuster to do so.

Senate Majority Leader Chuck Schumer (D-NY) said the Republican senators will have to answer to voters in this fall’s election—signaling the Democrats prefer to fight the issue on the campaign trail than in Congress.

The Democratic governors of at least 16 states, including California, North Carolina, New Mexico, and Michigan, vowed to keep abortion legal.

“Our daughters, sisters, mothers, and grandmothers will not be silenced,” Gov. Gavin Newsom of California wrote on Twitter. “The world is about to hear their fury. California will not sit back. We are going to fight like Hell.”

California’s Democratic lawmakers vowed to “build a firewall” around abortion rights and announced plans to put a state constitutional amendment explicitly guaranteeing the right to an abortion on the November ballot.

Gov. Kathy Hochul of New York said she was “horrified” by the draft opinion and said her state would welcome “with open arms” women who don’t have access to legal abortions.

Other Republican senators slammed the unusual leak of the high-profile draft opinion in an attempt to bully the court.

Senate Republican Minority Leader Mitch McConnell (R-KY) complained about “unhinged” Democratic rhetoric and said the leak should be “investigated and punished to the fullest extent of the law.”

Gov. Kristi Noem of South Dakota wrote, that she would “immediately call for a special session to save lives and guarantee that every unborn child has a right to life” if the court overturns Roe v. Wade.

Alabama Gov. Kay Ivey said her state will “continue fighting for the unborn.”

“Tonight, let us say a prayer for life and that our justices remain steadfast in their convictions,” she wrote on Twitter.

The court’s final decision on the case is expected by late June.

A decision to overrule Roe would lead to abortion bans in roughly half the states. Crowds gathered overnight at the Supreme Court, which sits across the street from the US Capitol and can be seen from the House and Senate.