“If You’re Pro-Life, Be Pro-Adoption”: A Waiting Adoptive Mom Reveals a Powerful Truth 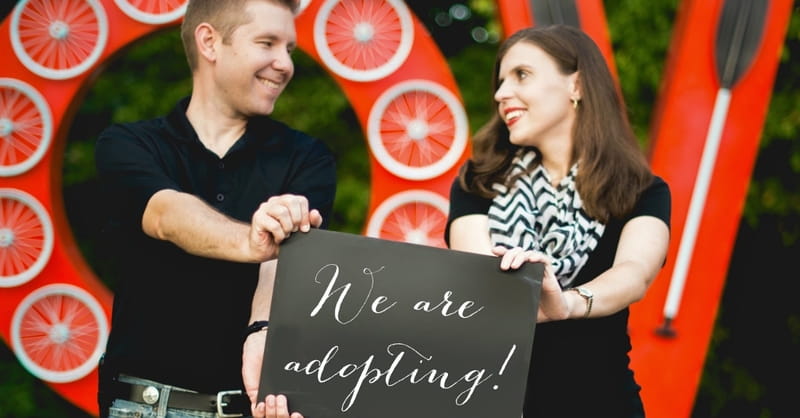 It’s a story too horrific to believe. Earlier this week, a 16-year-old teenager gave birth to her baby alone in her bedroom and then threw the newborn out of the second story window.

After telling her mother what she’d done, media outlets reported that the infant’s grandmother ran outside to try and save the baby—but it was too late.

My shock and horror turned into crying…soft, at first, followed by loud, uncontrollable sobs. I found myself on the floor of the room containing nursery basics.

It won’t be complete until we get the call that we’ve been matched with an expectant mother who has chosen us to place her child with us as an adoptive family. Here is where I wail and lament over the death of this baby girl and over my own empty womb and empty arms.

This moment rushed back to me last night when I heard Governor Mike Pence speak passionately on the sanctity of human life at the 2016 Vice Presidential Debate. “God says, Before you were formed in the womb, I knew you,” he stated, quoting Psalm 139.

“I sought to stand with great compassion for the sanctity of life. The state of Indiana has also sought to make sure that we expand alternatives in health care counseling for women, non-abortion alternatives,” he continued. “I think if you’re going to be pro-life, you should be pro-adoption.”

Waiting for an adoption placement is hard. Stories like this tragedy of a baby thrown out a window make it even harder. Of course, this isn’t about us. It’s about a helpless, innocent baby whose own mother went through labor and delivery, only to end her life moments later.

It’s about a 16-year-old, a teenager—really, a child herself. She was going through this experience alone and, likely not knowing what else to do, panicked and acted irrationally. I am furious with her. But in my fury, I am also furious with others in her life.

This story is heartbreaking. I can’t help but think about the fact that this 16-year-old was able to conceive, while I cannot, and regularly beg God for a child—or for the desire to be removed from my heart.

I think about how I would have gladly taken in that baby girl, and my eyes swell with tears once again. Yet, other than being angry, horrified and heartbroken, what can we do?

Clearly education of the next generation is lacking. While school condom distribution programs are seen by some as a solution, research shows these programs actually increase teen fertility rates. And research on the medical risks of many contraceptive methods is beginning to pile up. Here are three ideas to be fully informed, then engage in our spheres of influence:

First, we can be a part of spreading pro-life messages to students through organizations such as Students for Life—they even have a chapter at Harvard University.

Second, we can encourage our school districts to utilize sex education programs that emphasize abstinence and developing character traits, shown to be the most effective way to reduce teen sexual activity.

Lastly, we can get involved in local pro-life ministry such as reaching out to women (in love, kindness, and compassion) who are going into abortion clinics or by volunteering at crisis pregnancy medical clinics.

There are many ways that we can be involved, but the most important is prayer.

We are facing a grave evil, but Jesus Christ will be victor in this and all battles.

Dr. Laurel Shaler is a Chair at Liberty University in the Department of Counselor Education and Family Studies. She is a former social worker for the U.S. Department of Veterans Affairs. Laurel writes on the intersection of faith, culture and emotional well-being at DrLaurelShaler.com. She and her husband, Nick, are in the adoption process; follow along with their journey via Facebook. They live in Lynchburg, Virginia.

1 thought on ““If You’re Pro-Life, Be Pro-Adoption”: A Waiting Adoptive Mom Reveals a Powerful Truth”