×
Home > Blog > Is God Cursing America Because We Slighted Israel? Or… 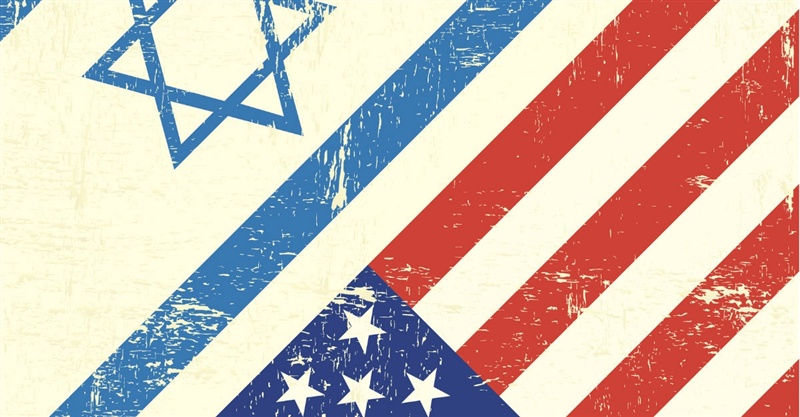 Is God Cursing America Because We Slighted Israel? Or…

This week at Charisma News, Michael Snyder wrote a piece entitled, “10 Times God Has Hit America with a Major Disaster after the US Attempted to Divide the Land of Israel.”

He wrote this piece in response to the recent United Nations Security Council resolution condemning Israel for building settlements on land they acquired in 1967. Snyder points to events in which the United States participated in talks or treaties that would result in Israel giving up land or instances in which United States politicians may have slighted Israeli leaders. Then he connects these events to natural disasters or scandalous political developments and argues that the United States’ concessions to Israel’s neighbors led to this catastrophic suffering.

In every one of Snyder’s ten connections between disasters and US foreign policy, he takes unconnected events and pronounces that one was divine retribution for the other. In some of these cases, particularly the one involving Benjamin Netanyahu’s January 21, 1998 visit to the White House, he takes one interpretation of the event and makes it the final authority on what happened.

Snyder connects these events because he argues that, “In the Scriptures, we are repeatedly told that God will bless those that bless Israel and will curse those that curse Israel.” Snyder doesn’t quote any of these passages in which we are “repeatedly” told this. In fact, the Bible doesn’t say this at all. Snyder makes this assertion on a misunderstanding of a promise God makes to Abram in Genesis 12:3. Isaac then repeats a portion of this promise to Jacob in Genesis 27:29 and Balaam references it in relation to the exodus in Numbers 24:9.

To gain a proper understanding of God’s promise to Abram, we need to look at the passage in its proper context. After the events of the Tower of Babel and the Table of Nations in Genesis 10:1-11:26, the writer of Genesis introduces us to Abram. In Genesis 12:1-3, he says, “Now the LORD said to Abram, ‘Go from your country and your kindred and your father’s house to the land that I will show you. And I will make of you a great nation, and I will bless you and make your name great, so that you will be a blessing. I will bless those who bless you, and him who dishonors you I will curse, and in you all the families of the earth shall be blessed.’” God promises Abraham that he will live in the land he will give him, will have numerous offspring, and know God’s blessing. God will protect Abraham by blessing those who bless him and cursing those who curse him. In addition to the blessings to Abraham, God will bless the scattered nations through the descendants of Abraham.

Before we apply blessings and curses from the Old Testament to the present day, we should pause and ask how the New Testament understands them. In Galatians 3, Paul wrestles with the question of who constitutes Abraham’s offspring.  He says, “Know then that it is those of faith who are the sons of Abraham. And the Scripture, foreseeing that God would justify the Gentiles by faith, preached the gospel beforehand to Abraham, saying, ‘In you shall all the nations be blessed.’  So then, those who are of faith are blessed along with Abraham, the man of faith.” Paul argues that the promise God made to Abraham in Genesis 12:1-3 was God heralding the work he would do through Christ to Abraham 2,000 years before it happened. God blesses the nations of the world through Christ who gave his life for sinners and was raised from the dead. He accomplishes this through the people who, like Abraham, have faith in God’s promised salvation and then take this message and make disciples of all nations.

The greatest misstep in Michael Snyder’s article is his taking God’s promise to bring salvation to the world through a descendant of Abraham and using it to say that God has cursed the United States of America because of a foreign policy decision. The promises of Genesis 12:1-3 should not lead us to think about the United States’ support of the geopolitical state of Israel, but instead should encourage us to have faith in Jesus Christ because everyone who trusts in him inherits all the promises of God.

Snyder also makes the unfortunate decision to explicitly identify natural disasters and mechanical failures as the judgment of God for individual United States foreign policy decisions. When we read Scripture, we do come to understand that all sickness, evil, death, and disaster is the result of sin’s entry into the world. Tornadoes, cancer, hurricanes, and heart attacks exist because we live in a world broken and tainted by sin. However, we do not have any biblical warrant whatsoever for directly claiming that a natural disaster is the judgment of God for a particular sin.

When we blame a natural disaster and terrorist attack on perceived national sins, we almost always say it happened because of some sin for which we don’t wrestle with ourselves. In addition, many Christians often attribute the disaster to different sources. Snyder mentioned Hurricane Georges, which he mistakenly called “George,” that hit the United States mainland in 1998.

I remember this hurricane well because I was in college in Mobile, Alabama at the time and had a friend come home from church bearing interesting news about this storm. While it was still in the Caribbean, a lady at his church declared that the Lord had revealed to her that Georges was God’s judgment on a wicked city and would destroy either New Orleans or Panama City.

It made landfall in Biloxi, Mississippi. Which interpretation of Hurricane Georges should we accept? Is it Snyder’s assertion that it happened because Secretary of State Madeleine Albright was finalizing a plan that would cause Israel to give up thirteen percent of Judea and Samaria or the explanation that it would be God’s judgment on a so-called wicked city? Also, we should ask why these disasters are always blamed on abortion, gay marriage, or our lack of support for Israel and never for racism, lack of concern for the poor, or Trinitarian heresy.

In the future, Christians must think carefully about how we interpret current events. We cannot continue to tell our culture that God hates everything we hate and affirms everything we affirm. Instead, we must speak of these disasters in a way that accurately reflects the message of Scripture, and that also evidences thoughtful sensitivity towards those who are suffering.