×
Home > Blog > Is it Biblical to Forgive Myself?

Is it Biblical to Forgive Myself? 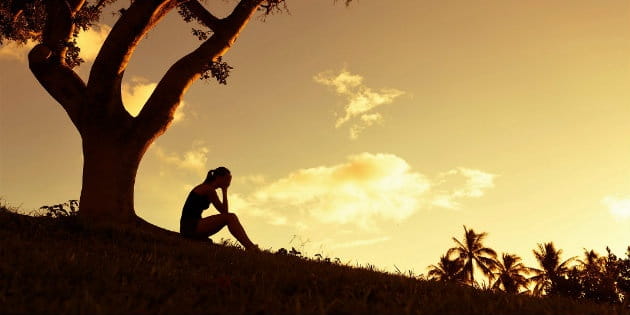 Everyone makes mistakes in life, they’re unavoidable. That friend you hurt, those things you said in anger, that careless action which had long-reaching consequences, these things have a way of haunting us. One of the first lessons Christians are taught is how God forgives our shortcomings. When we surrender our hearts to Christ, we receive a grace which makes us holy, blameless, and new (2 Corinthians 5:17). Still, even though God wipes away our sins, many Christians can struggle with forgiving themselves.

Shame can leave us feeling crippled and alone, but God never intended for his followers to be slaves to their past mistakes. Sarah Sciarini, of Relevant Magazine, believes Christians need to learn the art forgiving themselves after coming to God in repentance. Quoting author Brennan Manning, Sciarini reminds readers that God loves us despite our faults, and deeply desires that we live joyfully in the grace he has provided. She writes,

“Taking ownership of your actions helps you to recognize where things have gone wrong and move forward, but letting your actions define you is a life sentence that God never designed for you. It’s not until we realize we are not what we do but who God says we are that we can experience the true freedom grace provides and move on.”

“Isn’t it time we believed that?”

Heather Davis Nelson, the author of such books as Unashamed: Healing Our Brokenness and Finding Freedom from Shame, would agree with Sciarini. Moving forward may require we make difficult choices. If we have sinned against someone, we need to ask their forgiveness and endeavor to make things right (Luke 17:3-4). However, we cannot cling to the past out of guilt. Accepting grace means turning everything over to God, something Nelson encourages her readers to fully embrace,

“Do you believe that your worst sin has been separated from who you are as far as the east is from the west? For those who take refuge in Christ, this is the truth about even your most shameful sin—it is no longer a part of you. Other people may remember, and you may remember, but to the one whose remembrance counts for eternity, your sin is nailed to the cross and no longer has power over you.”

All of us have made terrible mistakes, but the good news is these moments don’t have to define us. It’s been said that, “God expects more failure from you than you expect from yourself”. This may seem like a grim portent, but in hindsight, it’s actually comforting. Nothing we have done can ever separate us from the love of Christ.

“For I am convinced that neither death nor life, neither angels nor demons, neither the present nor the future, nor any powers, neither height nor depth, nor anything else in all creation, will be able to separate us from the love of God that is in Christ Jesus our Lord.” – Romans 8:38-39

God has forgiven us our transgressions, so who are we to refuse his grace?

What about you? What are your thoughts on overcoming shame and forgiving yourself? Be sure to leave a comment in the space below!

*Ryan Duncan is an Editor for Crosswalk.com