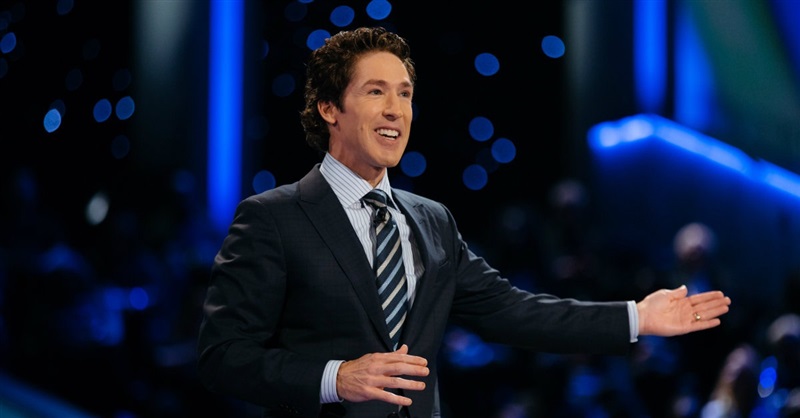 Pastor Joel Osteen said Sunday that God would “pay back” Hurricane Harvey victims for what they lost in the storm.

“We’re not going to understand everything that happens, but having a ‘poor old me’ mentality or ‘look what I lost’ or ‘why did this happen,’ you know that’s just going to pull you down,” he said in his sermon at Houston’s Lakewood Church.

Osteen had been criticized for his church’s response to Hurricane Harvey. While dozens of churches, schools and community centers around Houston opened up to Harvey evacuees, Lakewood Church said it was “inaccessible due to severe flooding,” but many questioned whether the church was truly unavailable to house evacuees.

After backlash from the public, the church announced it would be available and was preparing for evacuees once the city and county shelters reached capacity.

Sunday, Osteen told Houston victims of the storm that faith will “allow” God to “turn situations around.”

“He’s got you in the palm of his hand,” he said. “He’s working in your behalf right now, behind the scenes, he’s lining up things in your favor.

“So let’s don’t have a victim mentality, let’s have a restoration mentality,” he said. “Lord, we thank you, that you’re going to pay back what belongs to us.”

Also Sunday, Osteen said Lakewood Church did not open to evacuees because the city did not ask for its help. He also said that flood waters did approach the church’s flood barriers, delaying its response.

“It’s easy for somebody from a distance to make judgments without having all the information,” he said. “Some people that don’t have the facts and people who don’t want to have the facts will continue to try to stir things up.”