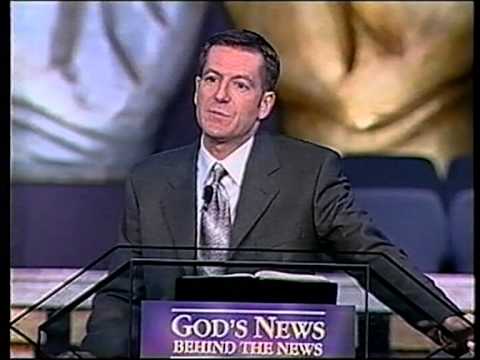 For we are co-workers in God’s service; you are GOD’S FIELD, God’s building.

There is a spiritual truth that runs throughout the bible, which is based on a physical illustration: ‘the early and latter rain’… This illustration comes from the work of a farmer; there were 2 seasons of rain of which a farmer would have to sow and reap around, an early rain (spring time) which would bring a small harvest and a latter rain (summer time) which would bring a large harvest; the farmer had to be patient and wait for these seasons to come each year…

This is a physical example which can be seen throughout the Bible as actually manifesting in the spiritual too… Think of Job who was highly blessed but had it taken away from him, going through a ‘wilderness’ (meeting God) and then being restored afterwards, as it says, ‘The Lord blessed the latter part of Job’s life more than the former part’- Job 42:12

Think also of Israel, who in the wilderness built a tabernacle to God where He came down and met with them (early rain/blessing); and this being overshadowed by Solomons Temple, after Israel had entered their promised land and was at the height of its power and ‘glory’ (the latter rain). The former tabernacle being made of wood was a shadow of the temple built by Solomon, being much more glorious, to the glory of God our father!
But as God has said, ‘…the Most High does not dwell in temples made with hands, as the prophet says: ‘Heaven is My throne, And earth is My footstool. What house will you build for Me? says the Lord, Or what is the place of My rest?’ Acts 7:48,49
This is why God is now building an eternal temple made of flesh (hearts), not of stone… As it is written, ‘…Jesus Christ Himself being the chief cornerstone, in whom the whole building, being fitted together, grows into a holy temple in the Lord, in whom you also are being built together for a dwelling place of God in the Spirit.’ Ephesians 2:20-22 (*see further down)

Please click on this link for a more detailed overview of this…
http://articles.ochristian.com/article12771.shtml

This is the revelation… What I found was there have been 2 major revivals which have touched the known world of their time periods (Obviously there have been smaller ones in-between). These are the former and latter rains which the Lord has been delaying his coming for! He is waiting patiently’ as a farmer would, as Jesus said, ‘…the harvest is at the end of the age!’

Matt 13:39
Why would Jesus come back unless their was a harvest of souls ready to be raised?!

The first out-pouring of His Spirit was at Pentecost and was the catalyst for the gospel going out into all the world, bringing in the early harvest… After this early church of Acts, the anointing slowly faded (not that nobody came too Christ afterwards), but the power of the early church was not witnessed until the out-pouring again of the Spirit after the reformation (early 1700s-mid 1900s)
Click this link for a detailed account of those revivals-
http://www.revival-library.org/index.html

If you read the history of the recent revivals of our day, you will find that from the early 1700s there was a gradual build up of revival across America, Europe and spreading around the world, peaking in the 1800s and beginning 1900s… This was the ‘latter rain’ of the church age, when many more souls were added to the Kingdom of God than probably any other time in history..!

The Gospel of Jesus Christ has now gone out into all the world and the early and latter rain of souls is ready to be harvested when Jesus appears at His coming! ‘Come Lord Jesus, come’

For a more detailed explanation of this revelation please click link below… This is a chapter from the brilliant book, ‘In the day of thy power’ by Arthur Wallis… http://articles.ochristian.com/article12771.shtml

*quick side note, “Latter rain” in the Bible literally refers to spring
rains. “Former rain” refers to autumn rains, not other way round..,

If you would like to see more ‘revelations’ along this line pls email me at dnspring64@gmail.com
and i can send you them as the website wont be done for a couple of months most likely…