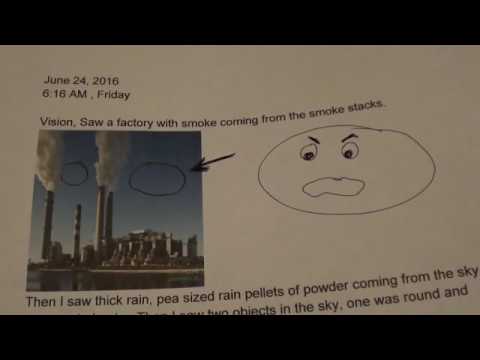 Disclaimer: I own nothing and am using the image under the Fair Use portion of the U.S. Copyright Law.

Original link to 2 sun vision from Lord Jesus:
Start at 2:50 into the video to see the part with the 2 suns.
April 30, Visions from Jesus, Claw around Earth, 2 Suns, War
https://www.youtube.com/watch?v=5tmdQZbI3Ys

Pastor Paul Begley interviews Mike from Around the World. His interview starts at 1 hr into the video.
The 1st 30 minutes, he talks about Russia, and Politics
At 1:30:16, he starts talking about Tesla Technology
Mike says that by December 26th, the 2nd wave of Energy will hit the earth.
In one month, Probes will be launched to examine the solar particles that are coming in towards the earth.
1:31:40, Mike describes massive effects of the sun
He says the sun is intensifying, can’t tell if it’s expanding or contracting.
1:34:00 Something is altering the sun itself
1:36 – Pole Shift, he then says the surface of the earth will be super hot
1:36:40, something is affecting the sun
Then trouble on the talk show,
1:45:40, Mike comes back and he describes the red dust that is coming, is iron based.
1:54:30, Mike says North America will turn back in to the dust bowl in 2 years, he says the Earth’s magnetosphere may not be strong enough to stop the charged particles
1:58:02 – Mike said they ran simulations of 2 suns hitting the southern part of the earth.

Sunday’s broadcast of the Coming Apocalypse, June 19th,
http://www.blogtalkradio.com/coming-apocalypse/2016/06/19/coming-apocalypse
Interview with Pastor Paul Begley and Mike from Around the World on Sunday. Starts at 1:12:57 into the video.
Starts talking about Dec 26th, the 2nd wave of energy