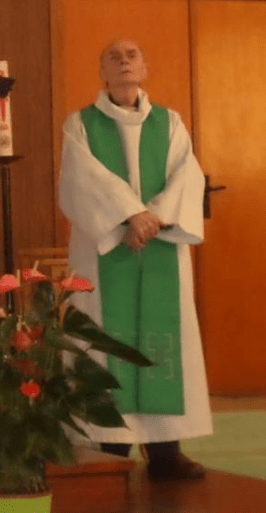 A PRIEST has been beheaded and another hostage is ‘fighting for their life’ after two knife-wielding terrorists took two nuns and several worshippers hostage at a church in northern France.

A third suspect has reportedly been arrested outside the church after a pair of ‘bearded’ attackers were shot and killed after raiding a Catholic mass at 9am in the French town of Saint-Etienne-du-Rouvray, near Rouen.

Local media claims Father Jacques Hamel, believed to be 86-years-old, was the priest slaughtered by the duo as A’maq news agency, which is affiliated with ISIS, has officially reported that “two soldiers of the Islamic State” carried out the savage attack.

Supporters of the depraved death cult are celebrating the horrific attack at the church which was reportedly on a terrorist ‘hit list’ which it is claimed French police have known about since April 2015 – following the arrest of an extremist in Paris last year.

According to security sources, one of the attackers was a convicted ‘electronic tag wearing’ terrorist living with his parents.

The suspected terror attackers, who reportedly shouted ‘Daesh’ which is another name for ISIS, were gunned down by police after emerging from the church after the incident which lasted for around 40 minutes.

The horrifying hostage incident is being investigated as a terror attack.

A’maq news agency, which is affiliated with extremist group ISIS, is reportedly set to make an official statement following the incident.

In chaotic scenes, emergency services have been pictured stretchering an unidentified person into an ambulance.