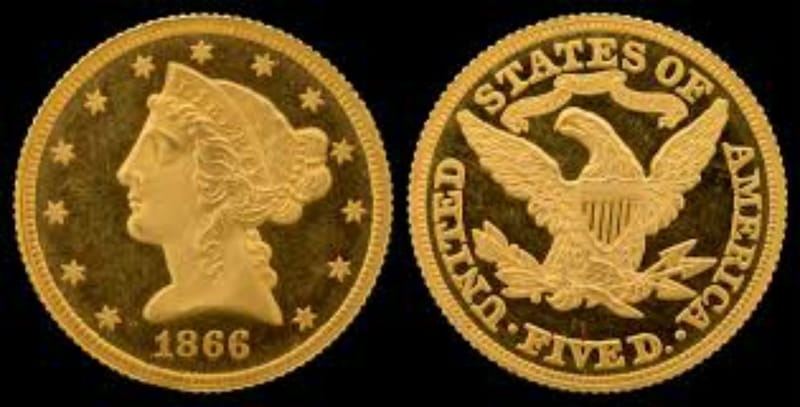 An anonymous widow has donated a rare gold coin from 1866 to a church so that the church can purchase its own building for worship.

Christian Today reports that the widow, who asked to remain anonymous, was married to a man who was a rare coin collector. Several years ago, the widow’s home was broken into by burglars looking to steal the coin. Thankfully, she was unharmed and the coin was saved through the help of a neighbor.

Since that time the widow has felt that she would be better off without the coin in her possession, so she decided to give it to GracePoint Church in Valparaiso, Indiana. The church was founded in 2009 and has been meeting in an elementary school, but now, with the money from the auction of the rare coin, the church will be able to purchase its own place of worship.

Sarah Miller, the Director of Numismatics at the Dallas, Texas-based Heritage Auctions’ New York office, explained the coin’s significance: “This is one of only 10 known surviving 1866 proof Liberty Head double eagles with the In God We Trust motto,” said Miller. The coin is expected to sell for $300,000 or more in a public auction in the Chicago suburb of Schaumburg, Illinois and online on April 27, 2017. “The widow told us the coin was rare, but we never dreamed how huge the true value was or the money it could ultimately bring for GracePoint Church. We were down to just a couple days to meet our financial deadline for our new building, and Heritage immediately wired GracePoint $150,000 (advance payment toward the final price realised at the auction). We were absolutely blown away! Honestly, we were completely stunned by the value of the coin,” said GracePoint Pastor Ben Lamb.

“This coin is an incredible gift in God’s story,” Lamb continued. “Although this gold piece brought grief to the widow for many years, ultimately it brought incredible joy. It’s ironic that the last few hours before our financial deadline, the congregation had to do exactly what the coin’s motto said over a hundred years ago: trust God.”