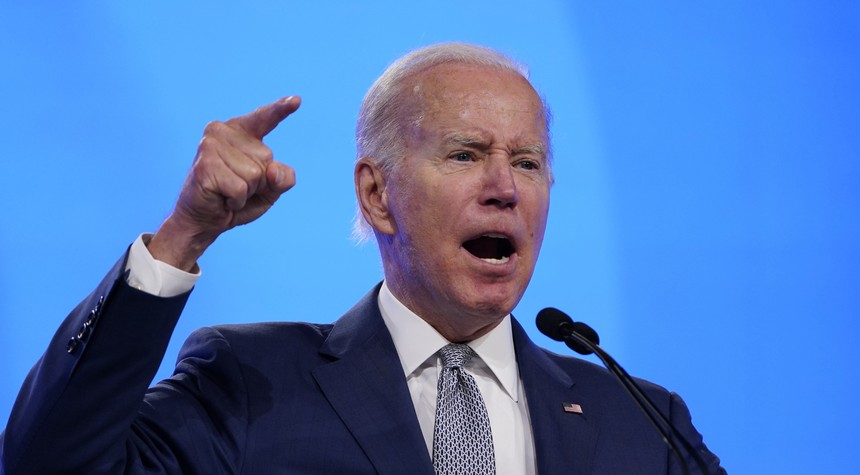 In the wake of the FBI raid on Donald Trump’s Mar-a-Lago home in Florida, White House Press Secretary Karine Jean-Pierre insisted multiple times that no one in the White House (from Joe Biden all the way down) had any role in the investigation of Trump or knew about the raid. They used the Obama administration’s go-to talking point that they only heard about it through the media.

But, according to memos obtained by Just the News, the Biden White House worked directly with the Justice Department and National Archives to launch the criminal investigation into Trump’s alleged mishandling of classified documents and deny Trump’s claims of executive privilege.

The memos show then-White House Deputy Counsel Jonathan Su was engaged in conversations with the FBI, DOJ and National Archives as early as April, shortly after 15 boxes of classified and other materials were voluntarily returned to the federal historical agency from Trump’s Florida home.

By May, Su conveyed to the Archives that President Joe Biden would not object to waiving his predecessor’s claims to executive claims, a decision that opened the door for DOJ to get a grand jury to issue a subpoena compelling Trump to turn over any remaining materials he possessed from his presidency.

The machinations are summarized in several memos and emails exchanged between the various agencies in spring 2022, months before the FBI took the added unprecedented step of raiding Trump’s Florida compound with a court-issued search warrant.

“On April 11, 2022, the White House Counsel’s Office—affirming a request from the Department of Justice supported by an FBI letterhead memorandum—formally transmitted a request that NARA provide the FBI access to the 15 boxes for its review within seven days, with the possibility that the FBI might request copies of specific documents following its review of the boxes,” Wall wrote.

According to John Solomon of Just the News, the letter “revealed Biden empowered the National Archives and Records Administration to waive any claims to executive privilege that Trump might wage to block DOJ from gaining access to the documents.”

So, not only did the White House lie, they lied big time. The Biden White House was directly behind the effort to launch a criminal probe of Donald Trump, Biden’s 2020 opponent and potential 2024 opponent, in part by eliminating a potential legal defense Trump’s team might use in a battle with the FBI over access to the documents.

Biden’s waiving of executive privilege over Trump documents was seen as a highly unusual and suspicious move at the time, though it was widely believed that the move was made solely to allow the J6 Committee access to them in their witch-hunt. Now it seems it was part of a conspiracy to entrap President Trump. That’s why the White House repeatedly made unconvincing claims that they had no prior knowledge or involvement in the investigation that resulted in the unprecedented raid of Mar-a-Lago.

This scandal just got a whole lot more serious.