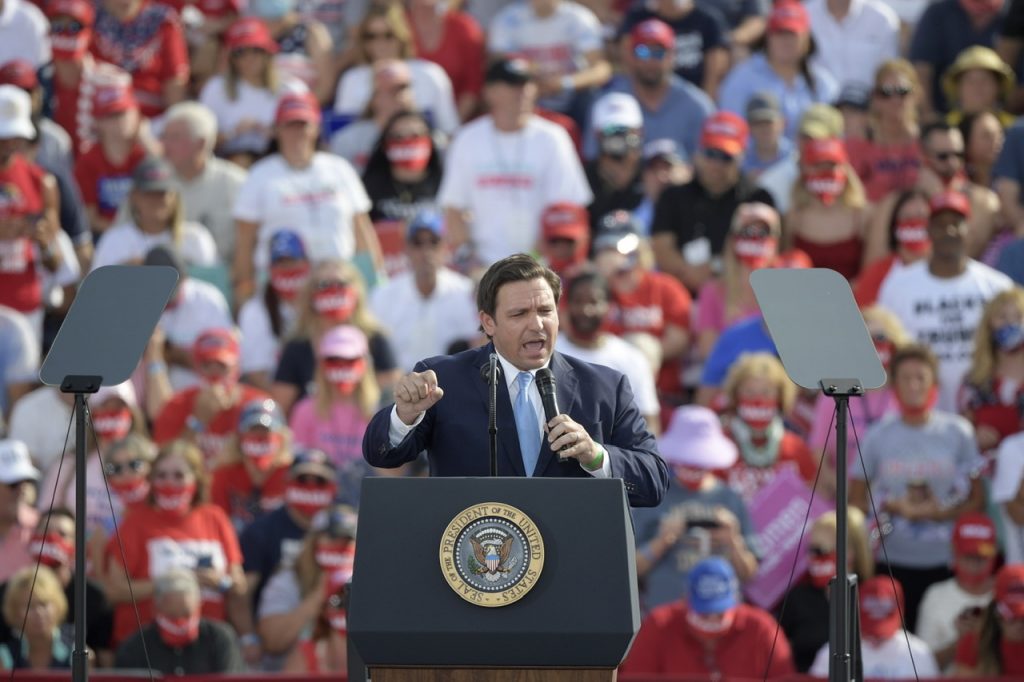 Florida Gov. Ron DeSantis (R) said over the weekend he is prepared to put on the “full armor of God” to fight against leftism.

The popular governor made the comment during his speech Saturday at the Faith and Freedom Coalition’s “Road to Majority” conference, where he received several standing ovations.

DeSantis said he plans to lead the charge in fighting “the left’s schemes.

“So I look forward to joining with you in the battles to come,” the governor continued. “I can tell you that, in the state of Florida, I’ll be holding the line. I’ll be standing my ground. I won’t back down, and I have only begun to fight.”

DeSantis was referencing a New Testament passage from Ephesians 6, in which the Apostle Paul wrote:

Put on the full armor of God, so that you can take your stand against the devil’s schemes. For our struggle is not against flesh and blood, but against the rulers, against the authorities, against the powers of this dark world and against the spiritual forces of evil in the heavenly realms. Therefore, put on the full armor of God, so that when the day of evil comes, you may be able to stand your ground, and after you have done everything, to stand. Stand firm then, with the belt of truth buckled around your waist, with the breastplate of righteousness in place, and with your feet fitted with the readiness that comes from the gospel of peace. In addition to all this, take up the shield of faith, with which you can extinguish all the flaming arrows of the evil one. Take the helmet of salvation and the sword of the Spirit, which is the word of God.

The conservative governor, who beat former President Donald Trump in a recent 2024 straw poll, highlighted his efforts in Florida to push back against government restrictions at the height of the COVID-19 pandemic.

He argued that, had Florida not resisted lockdown measures, “many other states would not have followed, and we could still be in lockdown in this country right now.”

The politician’s speech comes as he has campaigned against critical race theory, promising to keep the leftist philosophy out of Florida’s public schools.

In March, DeSantis said there’s “no room in our classrooms” for critical race theory, saying that “teaching kids to hate their country and to hate each other is not worth one red cent of taxpayer money.”

He doubled down on the subject Saturday.

“We need a renewal of American civics back in our public school system and in our schools,” DeSantis said. “People need to be taught why America was founded, what the principles that made our country unique were. They need to be taught that our rights do not come from government; they come from God.”

“They need to be taught American history,” he explained. “It needs to be factual, needs to be honest, need to talk about, of course, many great achievements — many, many great lows, many triumphs, many tragedies, but that needs to be done honestly. And it cannot be infected with ideologies like critical race theory.”