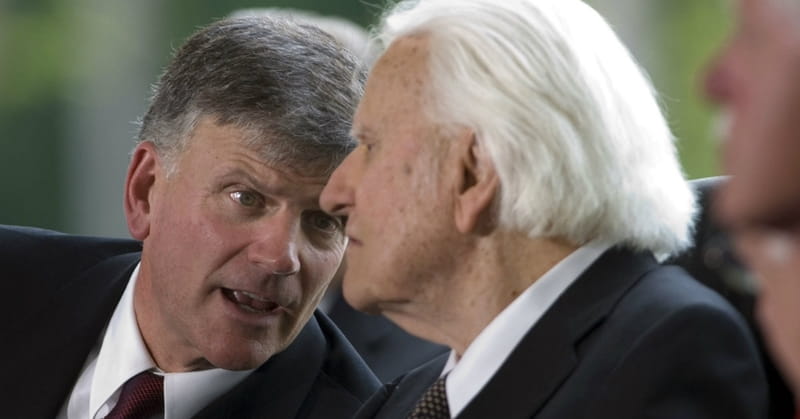 As the Rev. Billy Graham approaches his 99th birthday this fall, his son the Rev. Franklin Graham provided an update on the famous evangelist’s condition.

Although Graham is mostly house-bound due to the physical constraints of his age, the younger Graham shared that he is doing well and still enjoys seeing family and friends.

“He is doing well, he does have the physical challenges that come with his age,” Franklin Graham recently wrote on his Facebook page, as reported by FaithWire.com. “He enjoys visits from family members, including his sister who is his only remaining sibling. Grandchildren and great-grandchildren also come by more frequently in these summer months.”

The elder Graham also enjoys visits from his pastor, Don Wilton. Wilton visits Graham every week–something he has been doing for the past 20 years.

Graham also enjoys the company of his cat, called “Kitty.” Kitty was a present to Graham from his children for his 90th birthday.

For years, Graham has faithfully preached the gospel and he is a beloved figure for many.

The younger Graham ended his post by thanking his followers for praying for his father: “Thank you for your concern and prayers for him—you really don’t know how much that means to our family.”