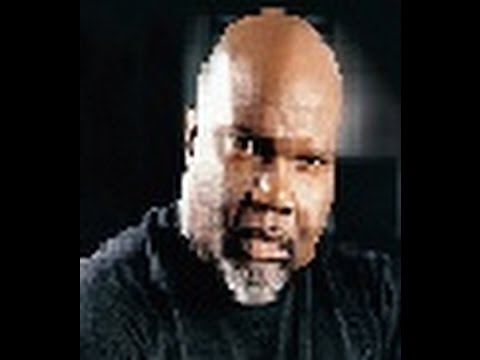 TD Jakes grew up in Vandalia, West Virginia, attending local Baptist churches. Feeling a call to the ministry, he enrolled in West Virginia State University and began preaching part-time in local churches, but he soon dropped out of the university. He took a job at the local Union Carbide and continued preaching part-time. During this time he met his future wife, Serita Jamison. The couple married in 1981. In 1982, Jakes became the pastor of the Greater Emanuel Temple of Faith, a small, Montgomery, West Virginia independent Pentecostal church with about ten members. He moved the church twice – from Montgomery to Smithers and then to South Charleston, where the congregation grew from about 100 members to over 300. During this time, he began a radio ministry The Master”s Plan that ran from 1982-1985. He also became acquainted with Bishop Sherman Watkins, founder of the Higher Ground Always Abounding Assembly (an association of over 200 Pentecostal churches). Jakes also used this time to continue his education by studying through correspondence courses from Friends International Christian University, an unaccredited online university. Jakes completed a B. A. and M.A. in 1990, and a Doctor of Ministry in Religious Studies from Friends International Christian University in 1995.
In 1993, Jakes self-published his first book, drawing on his experiences working with the women of his congregation. Woman, Thou Art Loosed would become Jakes” signature work and a national religious bestseller.

His ministry continued to expand, prompting the founding of the T. D. Jakes Ministries organization to oversee his work beyond the church itself. He continued to write and to publish, spreading his message of spiritual healing to new audiences.

In May 1996, Jakes moved his family and his ministry again, as well as fifty other families involved in his work, to Dallas, Texas. There he purchased Eagle”s Nest Church, a large Dallas church. Renaming the church The Potter”s House, Jakes continued his work. The Potter”s House, which was a 5,000 seat auditorium and a 34-acre campus, had grown to a congregation of 14,000.

Bishop T. D. Jakes is a charismatic leader, visionary, provocative thinker, and entrepreneur who serves as senior pastor of The Potter’s House, a global humanitarian organization and 30,000-member church located in Dallas.
Through his nexus of charitable works, T.D. Jakes is known for extending a hand of help to the needy, heart of compassion to the hurting, and message of inspiration to the disenfranchised.

Beyond the pulpit, Jakes ranks among EBONY’s Power100 and is the winner of several prestigious awards including BET Honors, Stellar Award, NAACP Image Award, Keeper of the Dream Award and McDonald’s 365Black Award for his humanitarian efforts. His worldwide impact is also felt through high profile conference series such as MegaFest which recently drew more than 75,000 participants