×
Home > Blog > “The Angel of WOW and His Platoon of Shock and Awe” Derrick Gates, Los Angeles, CA 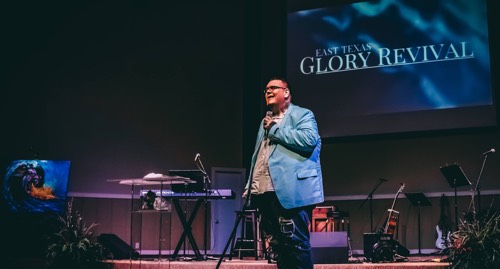 “The Angel of WOW and His Platoon of Shock and Awe” Derrick Gates, Los Angeles, CA

The angel of WOW who commands a 43 angel war platoon called Shock and Awe visited me recently. I will start from my visitation a few days ago by the Spirit of God. He pointed out what I had already been feeling—there is an extreme increase and aggression of a witchcraft and antichrist-type movement across the country. The Lord plainly said that the increase is a directive right from the highest ranking principalities of darkness to combat the awakening that is happening in the Body of Christ.

Key Attacks Against the Church

He quickly pointed out to me that the spirits of offense, rejection, slumber, bitterness, and the causing of the Church to hold tightly to finances—were key attacks in this. I was then shown a glimpse into the spirit realm, where I could see witches partnering with demons and summoning larger more powerful demonic forces to invade pockets of awakening and reformation across the United States. These spirits are the python, leviathan, and jezebel spirits. I also could see very clearly the attack on our United States government.

I first began to feel this attack very heavily in the spirit during our 16-week revival in Western New York. This revival was happening at the same time as the Supreme Court Justice Brett Kavanaugh investigation. The attack continued to grow after his confirmation. I drove from Western New York to California for 8 weeks of meetings, and right now I find myself smack dab in the middle of this time period and the warfare has increased tremendously.

I noticed that the meetings in California although very good, seemed dulled. The Lord showed me that it was the python spirit squeezing the life out of the Church, and then the spirit of slumber comes upon them to put them to sleep. You see a very significant increase in depression, anxiety, panic, and laziness. People cannot seem to get up and get out to the things they need to do or to do it on time. This has also caused the Body to miss opportunities that God has laid before them because their spiritual senses are dulled. They even miss opportunities to partner with God financially as the enemy whispers into their ears that they should not give or give far less than what God wants. It’s all a demonic witchcraft attack to stop the awakening that’s happening in the United States.

Now God is releasing a warrior platoon to assault this brazened attack of darkness and it will come with shock and awe. It will not be pretty and it will not be lightly done as God’s angel of WOW takes down the strongholds that darkness has been building. Your freedom is coming, even as you read this—raise your hands and ask the Lord to send His warrior angels to restore your life, to bring light back to your walk, to restore your faith, to release your inheritance, in Jesus’ mighty name.

The angel WOW is at the doorstep of America and desires to slay the demonic forces that have been released. Will you partner with WOW and let these angels into your atmosphere to shift the things in your life? You must surrender control and ask yourself if you are partnering with God or are you partnering with the anti-awakening? Surrender any legal rights you have given to the enemy and release God’s hand of judgment upon these evil spirits.

Love to you all,

Derrick Gates is the apostolic leader of 412 Revival Network with churches planted all over the United States. Derrick Gates travels full time in itinerant ministry with demonstrations of signs, miracles and wonders.

1 thought on ““The Angel of WOW and His Platoon of Shock and Awe” Derrick Gates, Los Angeles, CA”