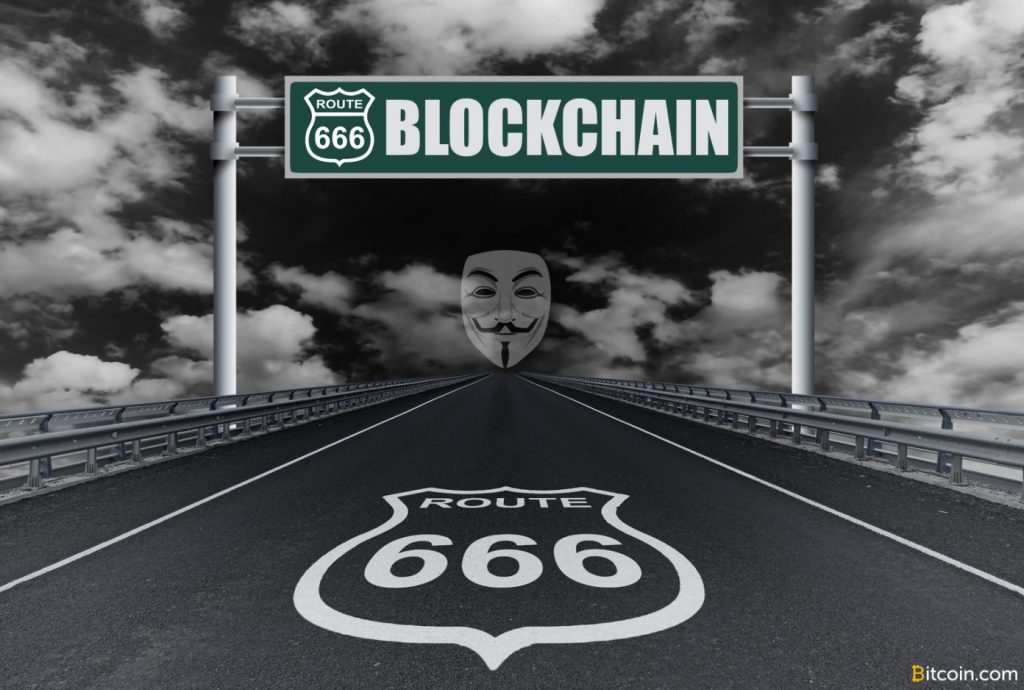 The Mark of The Beast Is Quickly Coming….

The race to file blockchain patents has accelerated lately with one specific firm, Nchain Holdings, attempting to capture hundreds of distributed ledger-related patents. According to reports, self-proclaimed Satoshi – Craig Wright – and his Nchain business claim to have filed 666 patent applications to date, capturing a gigantic portfolio of intellectual property.

The notorious Craig Wright, a man who claims to be Satoshi Nakamoto, is continuing his effort to obtain hundreds of cryptocurrency and blockchain-related patents. Wright is the chief scientist of Nchain but is best known for his attempts to prove he created Bitcoin over a decade ago.

Nchain has been relentlessly filing for digital currency and blockchain patents. According to a report published on March 7, Craig Wright and Nchain Holdings have applied for a total of 666 patents and they proudly announced this watershed moment after reaching this symbolic number.

“In fact, Craig Wright and Nchain have so many patent applications that we have now reached a fiendish milestone,” explains Nchain executive Jimmy Nguyen in the recent blog post. He continued:

Despite Nguyen’s claim, it’s hard to confirm the exact number of patents filed in Wright and Nchain’s name. The last report concerning Wright and Nchain’s patent acquisition was published by the news outlet The Next Web, with data stemming from the World Intellectual Property Organization (WIPO). The report states that since August 2017 the organization has found roughly 155 patent applications filed by Wright. Nchain has filed and been granted numerous patents over the last few years, to the extent that the relatively unknown company seems to have more patents than most financial incumbents. This includes top blockchain patent holders such as Alibaba, Bank of America, Mastercard, IBM, and Accenture.

Moreover, Nchain’s blockchain patent filings can be found throughout many patent and trademark offices across the globe in countries like the U.K., U.S., Japan, and China. The intellectual property requests include concepts like a blockchain counting system and a method for use in secure voting, an operating system for blockchain-based Internet-of-Things (IoT) devices, and an agent-based Turing complete feedback system built within a blockchain network.

Those concepts are just scratching the surface when it comes to patent filings found peppered throughout the U.S. Patent and Trademark Office (USPTO), and the U.K.’s Intellectual Property Office.

The large amount of filings begs the question: Why does Nchain Holdings and the self-proclaimed Satoshi Nakamoto need so many patents? According to Nchain, intellectual property (IP) is being obtained to protect the technology. Back in July of 2018, when Mastercard acquired a patent that facilitates anonymous cryptocurrency transactions, Coingeek’s Calvin Ayre stated: “This is precisely why Nchain has to go the patent route … to protect technology they invent to release open source.” In Nguyen’s latest blog post, the executive said that Nchain will “encourage companies to build on BSV where it will be free to use many of Nchain’s IP assets.”

“With hard work and great expense, Nchain has produced what we believe is the world’s largest and best quality blockchain patent portfolio in the world,” Nguyen’s blog post details. “Nchain will use its IP portfolio for good, not evil, to help the Bitcoin SV ecosystem.”

Many cryptocurrency users detest the idea of using patents within the cryptocurrency ecosystem, which is traditionally dominated by open source projects. With Visa, Mastercard, Bank of America, and Nchain, the range of patent applications lodged today is quite wide. Many cryptocurrency fans believe that patents are part of a strategic move to threaten developers, startups and smaller firms for years to come. Some digital asset proponents also believe the community should rally together to stop patent filers and large corporations from stealing prior art. A good majority of bitcoiners are not too worried about these patents for the specific reason that Bitcoin is prior art and technology that cannot be patented.

However, some individuals have voiced concern over Wright and Nchain’s patent filing due to his dubious claims of being Bitcoin’s inventor. The greater Bitcoin community and most crypto fans in general do not believe Wright is Satoshi as he has been accused of plagiarism and condemned for creating phony blog posts, PGP keys, and allegedly doctoring many contracts and emails. However, skeptics like libertarian author Wendy McElroy believe that the “ignorance of the audience” and “knowing how to game the system” may maximize Wright’s chance of winning.