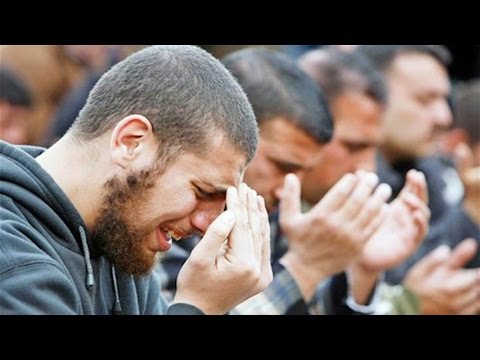 THOUSANDS OF MUSLIMS SEE JESUS IN DREAMS AND VISIONS

THOUSANDS OF MUSLIMS SEE JESUS IN DREAMS AND VISIONS

It has become a common occurrence over the years for Muslims in the Middle East who have converted to Christianity to claim to have been compelled to do so after dreaming of a person who they believe is Jesus Christ. Now, one militant belonging to the brutal Islamic State that has massacred Christians has converted to his victims’ religion after dreaming of “a man in white” with a startling message, according to one missionary’s account.

“One of our YWAM workers in the Middle East was contacted by a friend earlier this year and they met up and he was introduced to an ISIS fighter who had killed many Christians already. I mean that’s a horrible situation, and admittedly, he was probably on guard,” Gina Fadely, director of Youth With A Mission Frontier Missions, Inc. (YWAM), said during a recent appearance on The Voice of the Martyrs Radio Network.

YWAM, a nonprofit missionary organization active since 1960, describes itself as “a global movement of Christians from many cultures, age groups, and Christian traditions, dedicated to serving Jesus throughout the world.” The Voice of the Martyrs (VOM) is another nonprofit that draws attention to Christians facing persecution around the world.

Fadely, who appeared on the VOM radio program along with Kevin Sutter, another YWAM leader, went on to share that this Islamic State jihadi confessed not only to killing Christians but “that he had actually enjoyed doing so.”

“He told this YWAM leader that he had begun having dreams of this man in white who came to him and said, ‘You are killing my people.’ And he started to feel really sick and uneasy about what he was doing,” Fadely continued. “The fighter said just before he killed one Christian, the man said, ‘I know you will kill me, but I give to you my Bible.’ The Christian was killed and this ISIS fighter actually took the Bible and began to read it. In another dream, Jesus asked him to follow him and he was now asking to become a follower of Christ and to be discipled.”

“So who knows. Perhaps this man will be like Saul in the Bible that persecuted Christians and he turned from that persecution of the early church to become the Apostle Paul who led it,” Fadely added. “God can turn it around.”