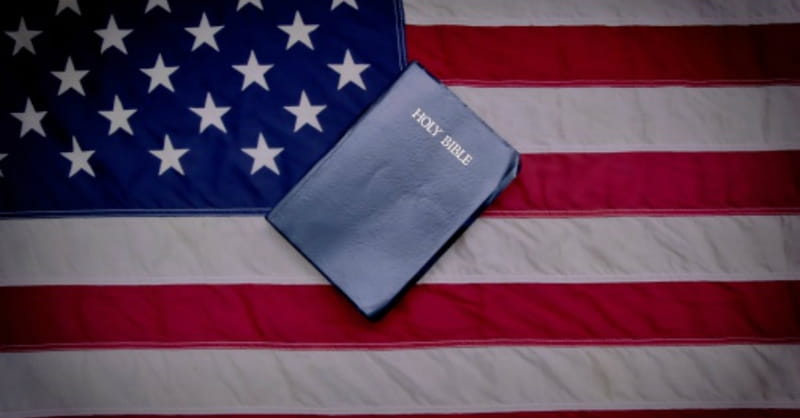 New polls are showing that 2016 presidential nominees Donald Trump and Hillary Clinton may be doing away with what some political scientists refer to as the “God gap.”
ChrisitanityToday.com reports that in previous elections, there is usually a predictable correlation between a voter’s religious views and whether they will vote Democrat or Republicaan. A trend in previous presidential elections was the more religious a voter, the more likely that person was to vote for a Republican candidate; the less religious a voter, the more likely that person was to vote for a Democratic candidate.
This election, however, so-called “God gap,” seems to be disappearing, according to the Pew Research Center’s recent poll.
The research indicates that Trump only leads Clinton by four percentage points among regular churchgoers. In contrast to this, in 2012 Republican Mitt Romney held a 15-point lead over Democrat Barack Obama among regular churchgoers.
The decline in the usual correlation is so significant that Christianity Today notes that, for the first time in years, gender has surpassed issues of faith in determining how someone will vote.
Catholic Christians have been a major factor in the shift as well.
Research determined that Catholic Democratic support has risen 22 percentage points. However, manyCatholics says they are not voting Democrat because they support Hillary Clinton, but because they dislike Donald Trump.
Many white evangelicals who are voting Democrat also say they are doing so not necessarily as an endorsement for Clinton, but out of a deep dislike for Trump. This is also a change from previous elections.
“Two-thirds of churchgoing evangelical Obama supporters described their vote as ‘for Obama’ rather than ‘against Romney,’ but the proportions are exactly flipped for Clinton,” writes FiveThirtyEight’s Leah Libresco.
In addition, evangelicals who say they rarely go to church have become more supportive of Republicans. Fifty-seven percent now identity with the GOP, as opposed to 29 percent in 2012