Ugandan Pastor Torches Bibles as the Work of ‘Devil Worshippers’ 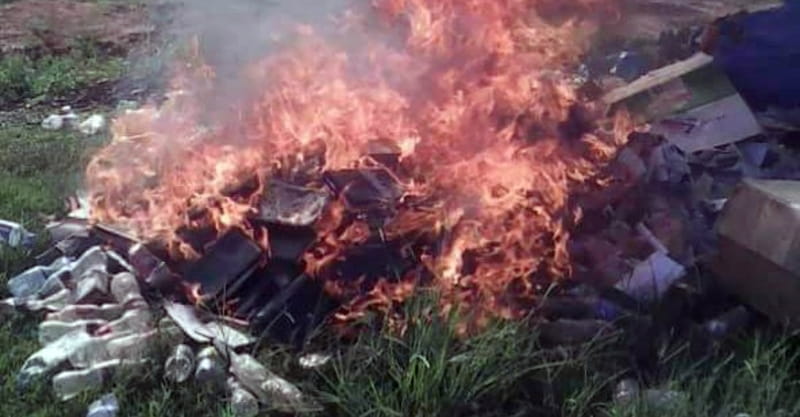 A Pentecostal pastor in Uganda’s capital has reportedly torched thousands of Bibles because they were “fake” and “demonic.”

Pastor Aloysius Bugingo of the House of Prayer Ministries in Kampala ordered the burning of the Good News Bible and the King James Version because they used the words “Holy Ghost” instead of “Holy Spirit.”

The Easter Weekend action shocked and angered church leaders in the country, with many terming his actions an insult to Christianity.

“We condemn the act in the strongest terms possible,” Bishop Herman Sentamu,  leader of the Passover Harvest church, a large Pentecostal group in Uganda, said in a telephone interview Wednesday (April 26).

Holy Ghost and Holy Spirit are interchangeable terms for the third entity of the Christian Trinity composed of God, Son and Holy Spirit. In the late 19th and early 20th centuries the term Holy Spirit came into wider use and is now preferred by many Christians.

The pastor had collected the Bibles from his 6,000-member congregation and set them on fire. He also charged that words “fasting” and “Lent” had been omitted from the books without explanation.

The Good News Bible is a translation of the American Bible Society.

Bugingo allegedly told his followers the Bibles in question were the handiwork of “devil worshippers” and should, therefore, not be allowed to confuse Christians.

But the pastor  denied burning the Bibles, alleging his enemies had organized the burning and used his voice. Still, he said he wants to start a publishing house to print “correct versions” of the Bible.

On Sunday, a post on his church Facebook page said the church believed in the Holy Spirit but not the Holy Ghost.

“We shall speak the truth until the end of this world,” the post says.

The Bible Society of Uganda said it is looking for evidence and may seek legal action against the pastor.

“When you hear somebody has burnt Bibles, it’s like a funeral,” Simon Mukhama, general secretary of the Bible Society of Uganda, told The Observer of Kampala. “The person who did it must be brought to book immediately.”

Fredrick Nzwili is an RNS correspondent based in Nairobi

Photo: This image of Bibles reportedly being burned at Pastor Aloysius Bugingo’s church has been circulating on social media