SACRAMENTO, Calif., Oct. 6, 2022 /Christian Newswire/ — Capitol Resource Institute (CRI) recently uncovered a book, titled Trans+, that is available in school libraries across the country. In an effort to unveil the agenda that this book represents, CRI simply opened the cover and recorded the contents.

The mere depiction of the words and graphics is so sexually explicit that the video elicited an immediate ban on YouTube!

Below is that YouTube video CRI created to show parents exactly what their children are being exposed to at school.

We share this video with the warning that it contains obscenity and pornographic images, but we believe it is vitally important for parents to truly understand what the public school system is trying to do to our children. 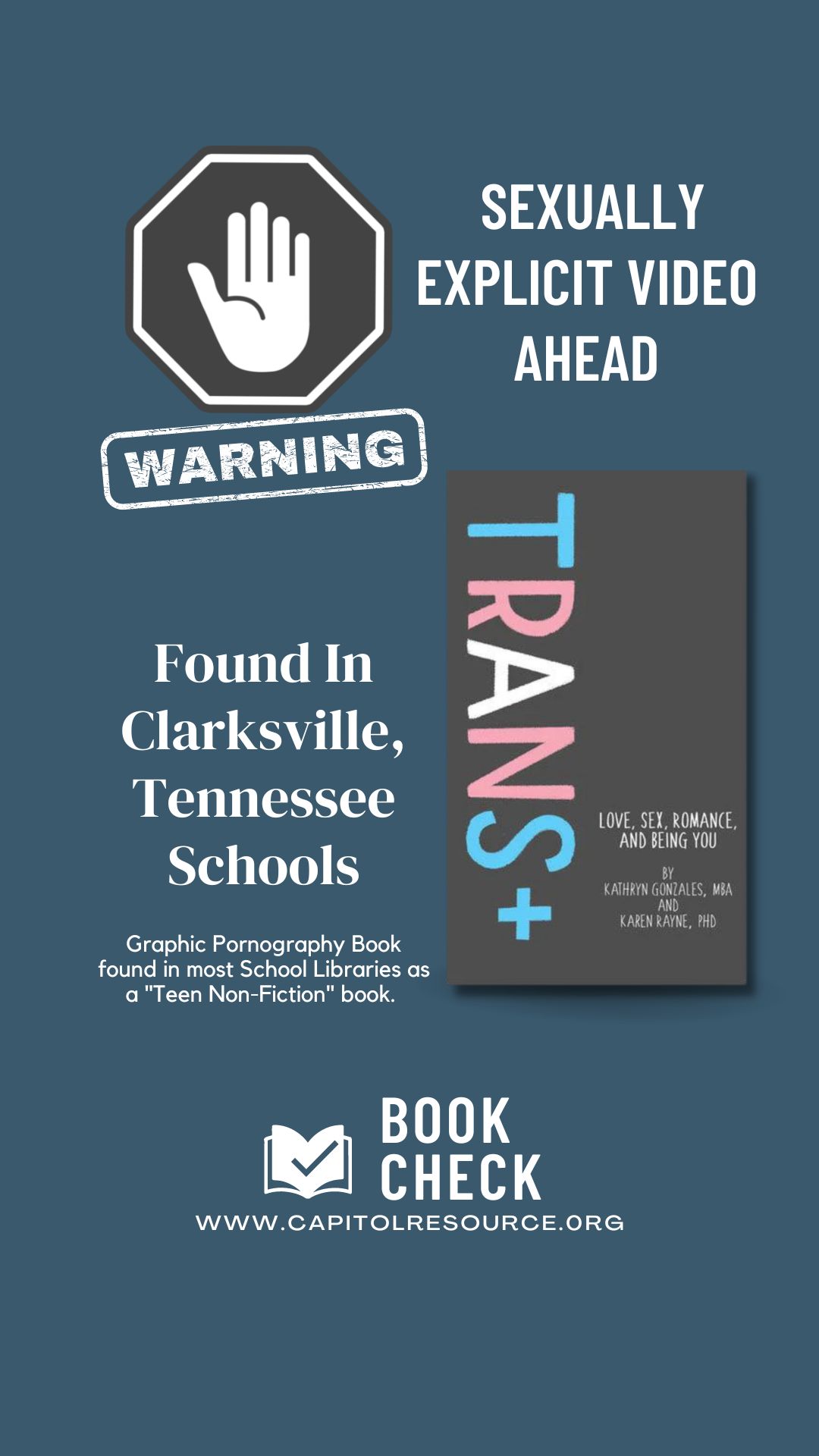 As you have just witnessed, the issue is not only what is available within the book itself, but what is accessible through numerous QR codes and subsequent links, included in the book, that students can easily explore with just one click on their phone.

Within five minutes of posting the video online, CRI received this message:

So, we can conclude the following: Content that is banned from one of the most flagrantly liberal platforms on the internet, is apparently fine for dissemination to school children.

CRI President Karen England, who has led efforts to expose this radical agenda, stated candidly, “After viewing the irrefutable evidence, every parent should demand that this book, and others like it, be removed immediately from school libraries. Schools must cease using curriculum and books that include QR codes, as they are being used to expose our children to pornographic materials.”

The American Library Association (ALA), sponsors of the recent Banned Books Week, are behind this push to endorse and promote pornography to children. They proudly urge schools to display obscene books and encourage students to read them.

Now, realizing that parents are waking up to their schemes, the ALA has targeted the “dissenters” among us. England, speaking about recent polling that showed an overwhelming majority of parents do not agree with ALA policies, revealed the organization’s dirty little secret – “The ALA knows exactly what they are doing by promoting these books. They also know their plan is not supported by parents, which is why they are so quick to label them as ‘book burners’ who are engaged in censorship.”

England shared one final caution specifically for parents who dare to enter the fray. She warned that “Those in power will attempt to bully, shame, and silence you to maintain the status quo to keep obscene material on library shelves, but you must remain vigilant. You have a right and a responsibility to demand that YOUR public school remove this material. Keep up the fight!”