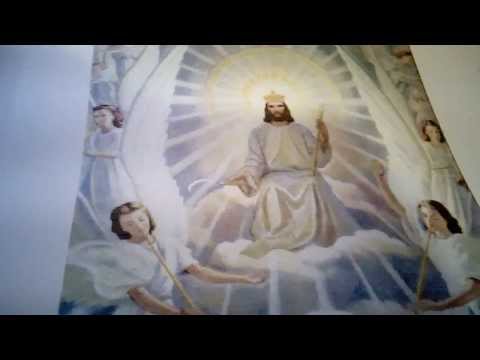 Visions from Jesus, Nov 8, 2013, Vision of Rapture beginning, Give Thanks to Jesus

Jesus shows me the future. We have to assume that time in Heaven is different than time on Earth. In this video, I describe what I saw in the vision. I will be speaking in past tense, even though this hasn’t happened yet.
Jesus, Lion of Judah, hear him roar. Everyone, repent everything you ever did wrong in your life, forgive everyone, and give yourself to Jesus Christ. When you pray to Jesus during Thanksgiving, please ask for the Holy Spirit to enter your hearts. There is Bon’s Blog, from AU which is Australia, and he says there will be 3 days of darkness, probably due to Comet Ison. Chances are the comet may trigger our volcanos to erupt and ash to spread everywhere. Close the doors and windows and pray with your family all together and Jesus should appear. The Rapture is coming soon. God Bless!

6 thoughts on “Visions from Jesus, Nov 8, 2013, Vision of Rapture beginning, Give Thanks to Jesus”