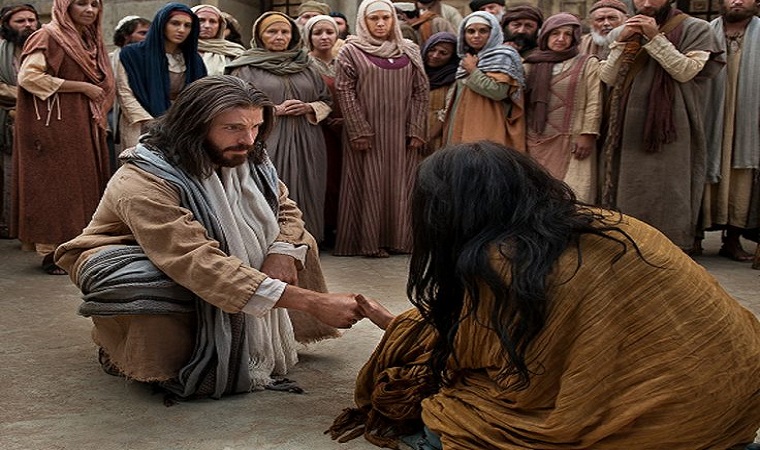 What is God’s Reaction when We Sin?

“She was full of shame; she was living in sin; she was caught in the act of adultery; people were judging her. She herself knew what she was into and that she deserved punishment. She was brought in front of many people to tell them that she deserved to be killed… to be stoned to death because she disobeyed the law.”

This story sounds familiar with you, isn’t it? It is found in John 8. The teachers of the law and the Pharisees brought an adulterous woman before Jesus. Imagine the shame that she was feeling that time as she was being paraded in front of many people because of her sin. It was truly breaking. Imagine yourself in that scenario of being helpless and condemned. All you can do is accept their accusations because you yourself knew the disgrace you have done.

Everybody was waiting for Jesus’ reaction, but the bible says “Jesus bent down and started to write on the ground with his finger.” Wait, why did He stoop down and write on the ground instead of giving His judgment to the woman? Of course, he wasn’t thinking about what to do on that situation. He knew it already because He is all-knowing. There are different beliefs why Jesus stooped down and wrote on the ground. But He just showed there that He will never point His finger on you and condemn you like others do. John 8:7, When they kept on questioning him, he straightened up and said to them, “Let any one of you who is without sin be the first to throw a stone at her.” John 8:9 At this, those who heard began to go away one at a time, the older ones first, until only Jesus was left, with the woman still standing there. For sure the adulterous woman was speechless and shocked how Jesus saved her from that very moment that is almost the end of her life. Verses 10 and 11, Jesus straightened up and asked her, “Woman, where are they? Has no one condemned you?” “No one, sir,” she said. “Then neither do I condemn you,” Jesus declared. “Go now and leave your life of sin.”

Now, how does really Jesus respond to us when we commit sin? We can see in this story that Jesus himself wanted the woman to change the way she lived. That is why she told her “Go now and leave your life of sin.” Jesus’ way is just so perfect to change a person being enslaved by sin. Yes God hates sin, but He will never hate the person who sinned because He died for him. Matthew 1:21, He is named Jesus because He will save people from their sins. John 3:17 For God did not send his Son into the world to condemn the world, but to save the world through him.

If you want to know God’s heart for you, especially if you are going through a struggle right now, listen to this worship song and let Him strengthen you and refresh you once again. This song is entitled “I Knew what I was getting into by Misty Edwards.”