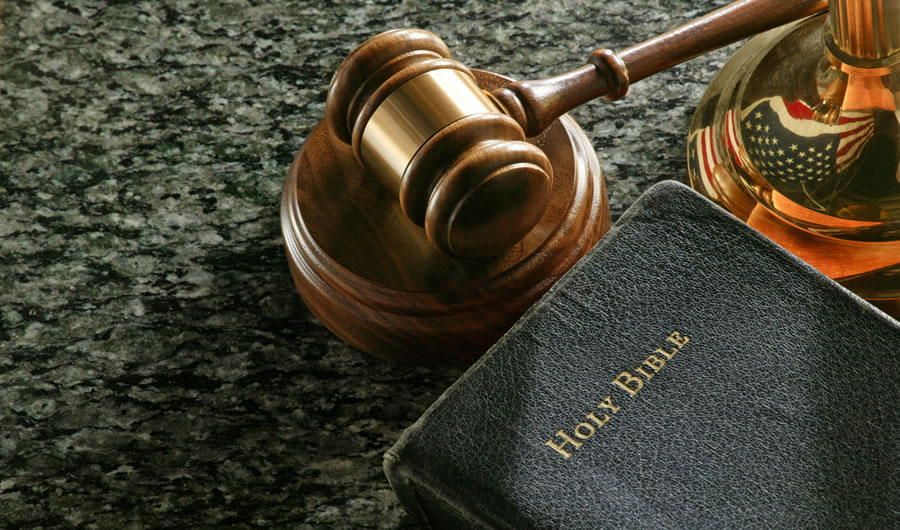 Presumed Republican presidential nominee Donald Trump has endorsed the repeal of a 1954 law that restricts the free speech of churches and pastors in exchange for tax-exempt status.

“You are absolutely shunned if you are an evangelical if you want to talk [politics], you lose your tax-exempt status,” said Trump in his speech on Friday introducing Vice Presidential pick Indiana Governor Mike Pence.* “We put it into the platform. We’re going to get rid of that horrible Johnson Amendment.”

The Johnson Amendment, pushed by then-Senator Lyndon Johnson as he ran for re-election, aimed to stop church and educational groups’ support for his and his allies’ opponents, according to a law professor cited by Time. Others cited by the magazine said that it was designed to keep black churches from supporting the civil rights movement.

Enshrined into federal laws governing 501(c)3 non-profit organizations, it prohibits these groups or their spokespersons endorsing or opposing elected officials, candidates for public office and political parties. It does not restrict political speech with respect to issues under debate, or non-partisan voter registration and get-out-the-vote efforts.

The partisan maneuver by the future U.S. president has long been opposed by influential religious conservatives. Trump said he first heard about the Amendment in a Trump Tower meeting with religious leaders. “Mr. Trump, we live in fear in our churches and our synagogues,” said one person, according to Trump. “We live in fear that we are going to lose our tax-exempt status if we say anything that’s even slightly political.”

“I looked out the window … and I pointed to people walking down the street. I said, ‘Well, they have the right to speak, and you don’t. That makes them more powerful than you.’”

Violating this prohibition may result in denial or revocation of tax-exempt status and the imposition of certain excise taxes.”

Trump, who said “without the evangelicals, I would not have won this nomination,” promised to “undo” the Amendment as president. He also said he “fought very hard” for the GOP platform to include opposition to the Johnson Amendment.

Trump originally endorsed eliminating the Johnson amendment in June, something praised by many leaders. His influence in including it in the GOP platform garnered immediate praise from religious figures like Jerry Falwell, Jr. One of the first national religious leaders to endorse Trump, the Liberty University president told Time that the presumed GOP nominee “was so excited” about Republicans standing against the Johnson Amendment.

“After 30 years of the so-called conservative leaders who have been elected by evangelicals, none of them thought to advocate for the repeal of the Johnson amendment, giving evangelical leaders political free speech,” said Falwell. “He thinks it is going to be a revolution in the Christian world.”

Likewise, Bishop E.W. Jackson told The Stream’s James Robison, who is on Trump’s Evangelical Advisory Board, that “Trump has moved me from supporting him because Hillary is his opponent (and I think this is true for others) to supporting him because he is bringing to the table some ideas of his own that are worthy of support.” Trump’s push for repeal of the Johnson Amendment “is one of them, absolutely. That’s music to our ears.”

Hot Air’s Jazz Shaw, however, disagreed. The blogger wrote  over the weekend, “preaching politics from the pulpit and using that platform to encourage the election of any candidate from either party is simply wrong.”

We give churches tax exempt status for a variety of reasons, but one of them is that they are outside of the political and governmental body of the nation. Further, a preacher telling you to vote for Candidate A over Candidate B isn’t just appealing to your intelligence and general sensibilities. They are speaking with the authority of the Almighty and providing you with guidance as to the maintenance of your immortal soul. This provides them with a position of vastly undue influence over your choices.

Priests for Life National Director Father Frank Pavone told The Stream that while his group wants the Johnson Amendment gone, policymakers should take an “incremental” approach that includes “a bright-line test” to provide clarity to religious leaders on what is and is not permitted. Additionally, he said, “our point is not that the Church should endorse candidates, but that the decision of how far the Church goes in endorsements or in other political commentary should be a decision of the Church, not the government.”

One of the groups leading the fight against the Johnson Amendment is the Alliance Defending Freedom (ADF), which sponsors the annual Pulpit Freedom Sunday. The group encourages pastors to speak freely, in violation of the IRS’ regulations.

In 2014, ADF Senior Legal Counsel Erik Stanley told LifeSiteNews that “the IRS has no business censoring what a pastor preaches from the pulpit.”

“No one would suggest a pastor give up his church’s tax-exempt status if he wants to keep his constitutional protection against illegal search and seizure or cruel and unusual punishment,” Stanley said.

*Editor’s Note: In his speech, Trump said “religion,” not “politics.” His intended meaning was clear, however, so an editorial insertion was made in brackets.

Give us your thoughts…