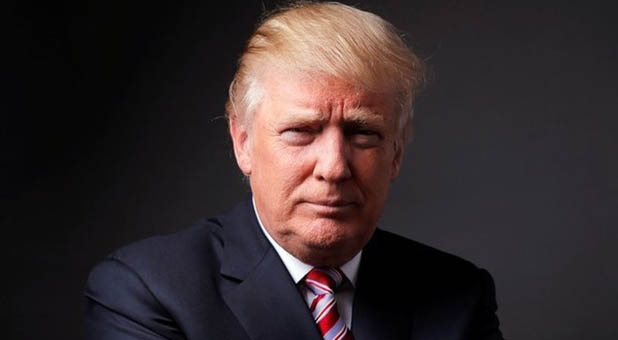 Evangelicals are divided on what to do about Donald Trump this November. As I’ve written before, most evangelicals fall into four categories. Some will vote Trump as a protest against Clinton. A few will do the reverse. A large number of evangelicals oppose both candidates. Still others enthusiastically support Trump for president.

Erick Erickson: ‘God has never asked his people to choose the evil.’

The conservative writer and talk radio host made a distinction between those who will privately vote for Trump as the lesser of two evils and those who use their platforms to support his candidacy. He argued that evangelicals harm their witness by publicly supporting Trump.

While some evangelicals see Trump as a leader like the ancient kings of the Hebrew Scriptures — Nebuchadnezzar or Cyrus (men who were not Jews, but who, in the Book of Daniel, were good to God’s people), Erickson rejected this way of thinking. He admitted that God might use someone even as flawed as Trump, but that possibility does not persuade someone to vote in a particular way.

“Between the lesser of the two evils, God has never asked his people to choose the evil. He’s done it for them,” Erickson said.

Janet Parshall: ‘What will you do with the Court?’

For the national radio host, the critical issue is the Supreme Court.

Dismissing the charges against Trump’s character, she set the current candidate’s flaws in perspective, as following a line of many presidents throughout American history with glaring character flaws: from Thomas Jefferson to William Harding, Franklin Roosevelt to Bill Clinton.

“We are not electing a Messiah,” she said. “So I don’t fear for having anything less than a ‘sinner’ in the White House. Last time I checked, we have sinners in the Supreme Court, sinners in the Oval Office, sinners in the Congress. In fact, I myself join you today as a sinner, saved by grace.”

Parshall also praised the American election system. “Seventeen candidates strutted upon the GOP stage,” she said. “Those who cared voted. The system worked and the final candidate stepped forward. That’s the way the system worked.”

She urged evangelicals to consider how God’s hand has been involved in this election season. “For those who have been praying and fasting through, during, and for this process, have we now believed the sovereignty of God didn’t apply? … God has a track record of using flawed and broken people, even when it doesn’t look right to us,” she added.

Jackson, an African-American pastor in Maryland and chairman of the High Impact Leadership Coalition, said Trump may be “the only one who is able to bring some substantive healing to the racial divide.” He mentioned Trump’s economic plan for urban improvement, the opportunity for nonviolent offenders to return home from prison, and family tax incentives that are significant for African-American and Hispanic communities.

Bill Wichterman: ‘A threat to our democratic republic’

Even though he cares deeply about the Supreme Court, the former congressional staffer and assistant to George W. Bush, does not believe Trump’s potential court nominees justify a vote for a man he thinks may be “a threat to our democratic republic.”

Trump, Wichterman said, “has too often demonstrated contempt for the rule of law. He’s sounded more like a strong man impatient with constitutional constraints.”

Wichterman chastised evangelical leaders who say we need a “bad man” to stand up to bullies on the left.

“It’s almost as if we’re hiring a hit man to play dirty for the sake of good government. … It reflects a lack of faith in the power of virtue to do what needs to be done. We don’t need to do bad to do good. In fact, that’s impossible, if Scripture is to be believed. Ends and means both count in God’s moral accounting.”

Wichterman said he opposes both Trump and Clinton.

“I hate the thought of Hillary Clinton being elected president and she will never get my vote. But I won’t compromise core principle for the sake of party allegiance. … I will not allow Trump to be the face of the nation for the world. I will not stand idly by while our national character is polluted. As Christians, we’re called to do God’s bidding in God’s way, which means doing what we should and entrusting the results to him.”

Trevin Wax is managing editor of The Gospel Project and author of multiple books, including “Clear Winter Nights: A Journey Into Truth, Doubt and What Comes After”