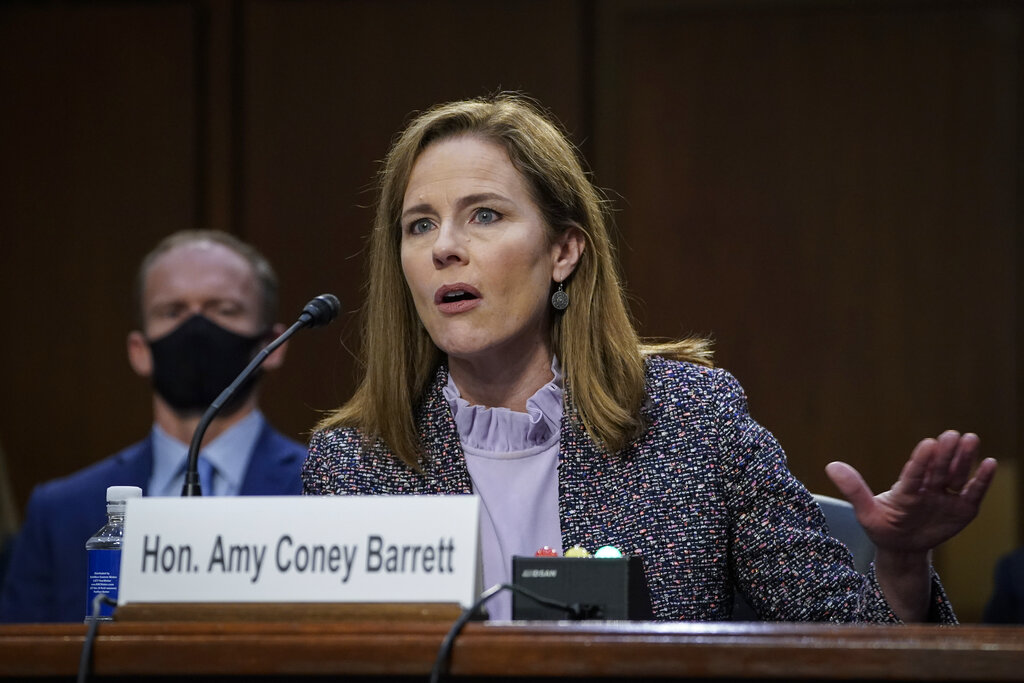 Toward the end of day two of the Senate confirmation hearing for President Donald Trump’s Supreme Court nominee, Judge Amy Coney Barrett, Sen. John Kennedy (R-La.) asked the seasoned jurist who adopted two children from Haiti to respond to a claim from a far-left professor who called her and her husband, Jesse, “white colonizers” who use their kids as “props.”

In his Twitter thread in late September, professor Ibram X. Kendi, author of “How to Be An Antiracist,” called the Barretts “white colonizers” using their two Haitian children “as props in their lifelong pictures of denial, while cutting the biological parents of these children out of the picture of humanity.”

Kendi added another tweet, writing it “is not the point” whether the Barretts fit neatly into his broad strokes assertion, because white people generally believe “if they adopt or have a child of color, then they can’t be racist.”

In posing his question to Barrett, the senator from Louisiana summarized Kendi’s inflammatory claims this way: He told the judge that Kendi suggested “you’re a racist and that you use your two children as props.”

Barrett then explained to the Senate Judiciary Committee how hurtful such charges are not only to her and her spouse but also to her entire family, and specifically to her two adopted children.

“It was the risk of people saying things like that, which would be so hurtful to my family, that when I told Sen. Graham this morning that my husband and I had to really weigh the costs of this, it was saying deeply offensive and hurtful things,” the Chicago judge told Kennedy, calling Kendi’s words “things that are not only hurtful to me, but are hurtful to my children who are my children, who we love and who we brought home and made part of our family.”

“Yeah, they are,” Kennedy agreed. “How low can you go?”ADVERTISEMENT

Kendi, for his part, doubled down Tuesday. He suggested those who take issue with his inflammatory words against Barrett are simply “continuing to be racist” and “ignor[ing] or deny[ing] their racist harms and call the people pointing them out hurtful and divisive.”