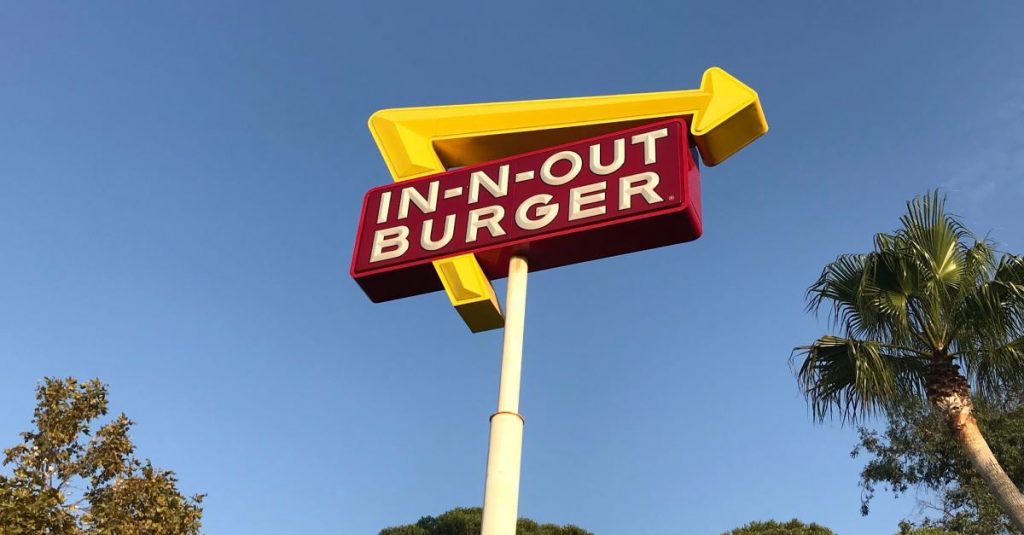 In-N-Out Burger, founded in 1948, is one of America’s most iconic brands. Buns are still baked with slow-rising dough each morning; the hamburgers are never frozen; heat lamps, microwaves, and freezers are banned from the premises. The recipes for its burgers and fries have remained essentially the same for seven decades.

An In-N-Out store outsells a typical McDonald’s nearly twice over. Revenue has doubled over the last eight years; the company is debt-free and is conservatively worth $3 billion.

But none of that is why I’m writing about the restaurant today.

I’m intrigued by In-N-Out’s owner, thirty-seven-year-old Lynsi Snyder. Her grandparents founded the chain. Her employees love her; she was recently rated the #3 CEO in the country.

However, her life has been anything but easy. It’s a story of pain, redemption, and courage that encourages each of us to be all we can be in Christ.

“THE DEEP NEED IN MY HEART”

Snyder’s father died when she was a teenager. She says she turned to drugs and alcohol to fill the void. She also endured three failed marriages, one of which ended because of abuse.

In the depths of her pain, she came to the realization: “I finally found that the deep need in my heart can only be filled by Jesus and my identity in him.” Rather than allowing her tragedies to define her future, she chose to dedicate her life to serving her Lord.

For instance, she has continued a tradition begun by her uncle, who put Bible verses on In-N-Out’s cups and wrappers in the early 1990s. “He had just accepted the Lord and wanted to put that little touch of his faith on our brand,” she explains. Snyder has added verses to the coffee and hot cocoa cups as well.

Her public stand for Christ could cost her company financially. In a country where nearly three in ten do not identify as Christians and a third of millennials have no religious affiliation, Snyder is risking much by making much of Christ.

“HOW CAN YOU REFUSE THIS WOMAN A HUG?”

Lynsi Snyder is not the only culture-changing Christian to make today’s news. The New York Times is focusing on a judge who gave a convicted murderer a Bible and a hug in her courtroom.

Judge Tammy Kemp presided over Amber Guyger’s trial. At its conclusion, after the jury was dismissed, Judge Kemp came down from the bench to extend her condolences to the family of murder victim Botham Jean. His brother, Brandt, had already offered his forgiveness to Ms. Guyger.

Judge Kemp then said to her, “Ms. Guyger, Brandt Jean has forgiven you. Now please forgive yourself so that you can live a productive life when you get out of prison.” What happened next was an exchange for which she could not remember an equivalent in her decades of practicing law and her nearly five years on the bench.

“She asked me if I thought her life could have purpose,” Judge Kemp recalled. “I said, ‘I know that it can.’ She said, ‘I don’t know where to start, I don’t have a Bible.’” Judge Kemp retrieved her Bible from her chambers and gave it to Ms. Guyger, and they read John 3:16 together.

Then Ms. Guyger asked for a hug. Judge Kemp thought about the sermon she’d heard the previous Sunday on the Parable of the Lost Sheep. “Our pastor had said: ‘If we’re going to attract the one, we’ve got to show love and compassion.’ And then I also thought, God says my job is to do justice, love mercy and walk humbly. So how can you refuse this woman a hug?”

Her actions drew swift criticism from the Freedom From Religion Foundation. But Judge Kemp focused more on the person in need than those who criticize biblical faith.

TWO STEPS TO CHANGING THE WORLD

Today is Yom Kippur, the holiest day of the year in Judaism. It is a day of fasting, repentance, and worship. Services are held throughout the day and include prayers expressing regret or asking for forgiveness. The goal is restored relationship with God and with others.

We can learn from our Jewish friends the connection between personal spiritual commitment and public service.

In John 4, a Samaritan woman engages in what becomes a transformational encounter with the Lord Jesus. An outcast from her village, she then risks their rejection to give them what she has received. And they agree with her: “This is indeed the Savior of the world” (John 4:42).

“GOD MUST BE THE POWER STRIP”

Lynsi Snyder describes this culture-changing lifestyle well: “Picture our lives being a power strip. We plug so many things into the power strip—work, family, hobbies, and God. But that is all wrong. God must be the power strip and everything in our life should be plugged into Him as our power source. He gives us life and then we have His power in everything we do.

“He shouldn’t be one of the ‘plug-ins’ in our life, but rather we should live plugged into Him and the calling He has for us.”

Who is your power strip today?