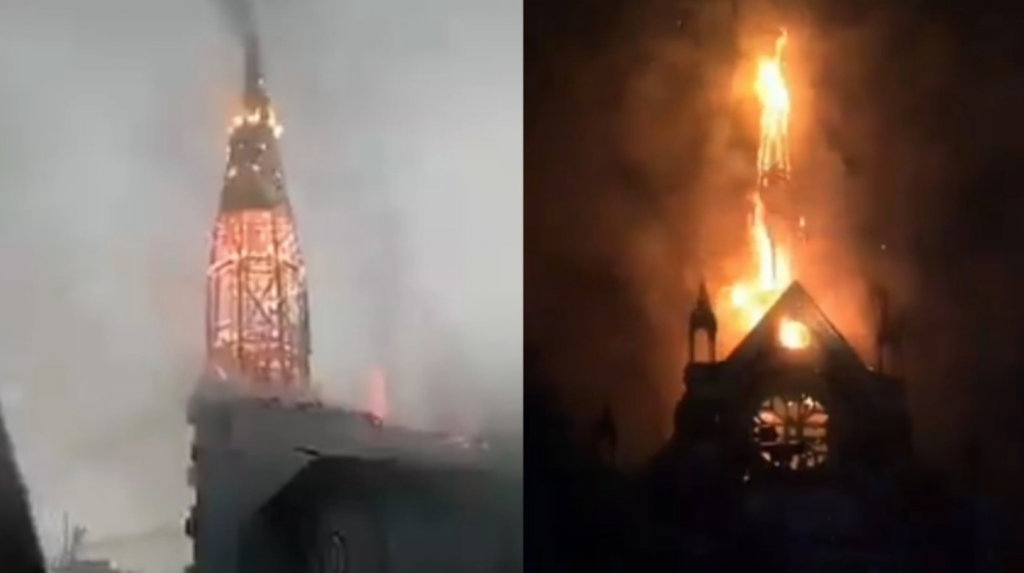 The recent protests in the Chilean capital Santiago were marked by the devastation of two churches as the initially peaceful rallies that started on Sunday, 18 October, ended up being marred by violence, vandalism and looting.

One of the churches, located close to Plaza Italia, got “burned to the ground as hooded protesters cheered”, while the second church, which also “sustained fire damage”, was looted, according to AFP.

The place of worship that got “totally destroyed”, the Church of the Assumption, is reportedly known as “artists’ parish” and dated back to 1876.

Rioters looted and burned the Church of St. Francis of Borgia in Santiago, Chile. One of the revolutionaries posed triumphantly in this picture for a instagram photo while the church burns down. This is one of the most arrogant and despicable human acts in recent history. pic.twitter.com/AAenPCCzWU— Sachin Jose (@Sachinettiyil) October 19, 2020

Protests turned violent in Chile after thousands took to the streets of Santiago to mark one year since mass demonstrations that left 30 dead and thousands injuredpic.twitter.com/7IGX44wCVq— CONNIE’S CORNER (@CorneredCRRJA5) October 19, 2020

The rallies at Santiago come about a week ahead of the upcoming referendum on the rewriting the country’s constitution, which is one of the key demands of the protest movement that started last year.

In October 2019, the Chilean government increased subway fares, triggering a wave of protests that yielded violent riots and clashes with police as people across the country took to the streets to demand decent free education and healthcare, as well as to protest against low pay.