×
Home > Uncategorized > Is The Mark of the Beast Next? 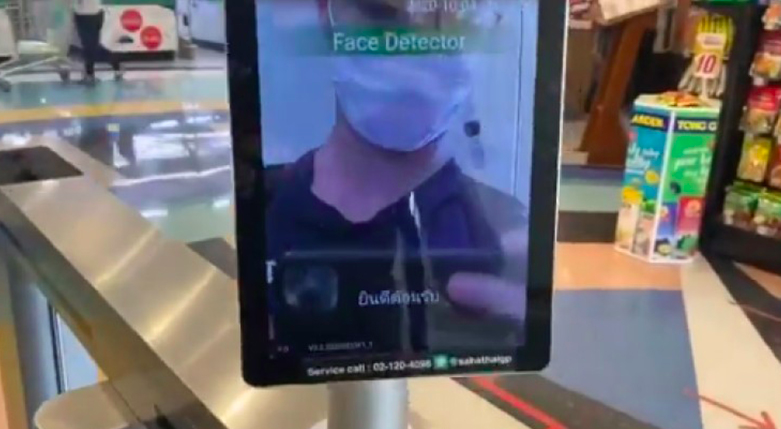 Is The Mark of the Beast Next?

New Technology Refuses Entrance to Shops if You’re Not Wearing a Face Mask!

A new technology being used in shops in Thailand and other countries to enforce coronavirus restrictions conducts a face scan to check if the customer is wearing a mask and refuses entry if they don’t have one.

“My local shops in Thailand. In 2 seconds scans my temperature and to see if wearing mask. Doors don’t open if not. 3 cases in 100+ days here. Removes awkward mask arguments for staff as well,” tweeted Niall Harbison.

The system resembles something you’d see as part of airport security. The customer walks up to a screen which displays the words ‘Face Detector’. The system then scans to check if the customer is wearing a mask before allowing them to pass through a barrier.

Many of the respondents in the Twitter thread supported the idea, but others warned that this was another example of how people are being forced to accept the “new normal.”

“I wish people would stop championing and normalizing this nonsense,” commented one user. “We will never get back to 2019 Normal if we continue down this road. A global over-reaction of epic proportions – we’ve been utterly played by the Chinese over this one. I bet they can’t believe it themselves.”

Another respondent pointed out that a similar system was also being used in Scotland.

With the world increasingly heading towards a Chinese-style social credit score system, it’s possible that in the longer term, the technology will be used beyond masks to refuse entry to people whose faces have been entered into a database.

It could also be used to enforce a myriad of other restrictions, such as forcing people to face scan before they use the Internet (already being introduced in China) and refusing access if their social credit score has dropped.

In August 2019, the Communist state bragged about how it had prevented 2.5 million “discredited entities” from purchasing plane tickets and 90,000 people from buying high speed train tickets in the month of July alone.

10 thoughts on “Is The Mark of the Beast Next?”