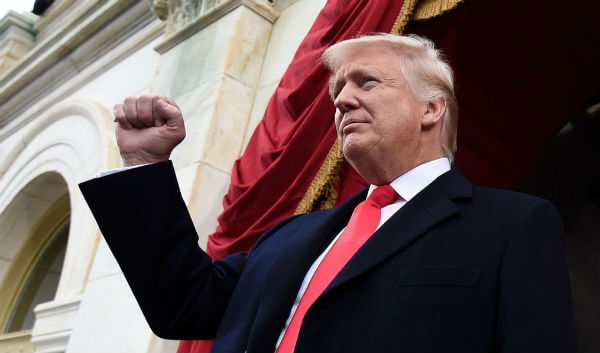 Recent operations by the U.S. Marshals saved exploited children. Now, the spotlight is on the Trump administration’s broad success in fighting the scourge of modern-day human slavery. Attorney General William Barr even acknowledged a case in which his DOJ prosecuted traffickers preying on children in the child welfare system. President Donald Trump signed an executive order creating a new review process to help parents whose kids have been taken away by Child Protective Services (CPS), amid widespread reports of CPS-related sex trafficking.

“We renew our resolve to redouble our efforts to deliver justice to all who contribute to the cruelty of human trafficking, and will tenaciously pursue the promise of freedom for all victims of this terrible crime,” stated President Donald Trump in a press release issued Tuesday by the White House.

“COMBATING HUMAN TRAFFICKING: President Donald J. Trump has prioritized fighting for the voiceless and ending the scourge of human trafficking across the Nation.

LEVERAGING FEDERAL GOVERNMENT RESOURCES: The Administration is committed to eradicating human trafficking by leveraging every resource of the Federal Government.

A COMPREHENSIVE PLAN OF ACTION: The Administration is focused on implementing a whole-of-government approach to fighting human trafficking.