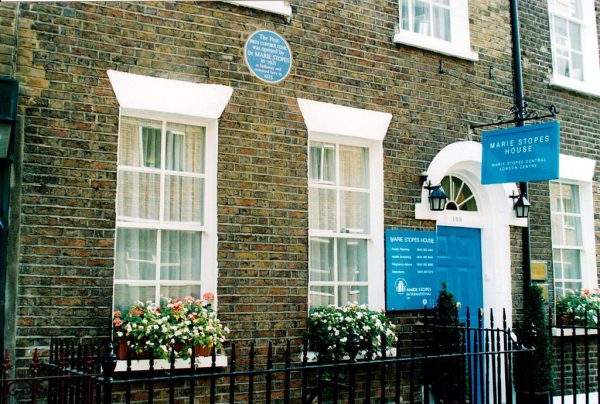 A flagship abortion clinic and the first in Britain has closed its central London location as of May, according to 40 Days for Life.

The 104 Whitfield Road location of MSI Reproductive Choices (formerly known as Marie Stopes International) was one of the first birth control and abortion facilities founded in the eugenicist’s name in 1921. Whitfield Road has been the location of the clinic since 1925, but after years of 40 Days for Life Campaigns on the facility’s sidewalks, it reportedly closed its doors on May 29th.

In a video posted to YouTube, the nation’s 40 Days for Life founder Robert Colquhoun could not contain his joy. “This is the latest abortion center to close in the United Kingdom,” he said. “It’s where our first ever 40 Days for Life campaign started in the United Kingdom, and I’m so happy that this abortion center has finally closed. Praised be Jesus Christ!”

MSI Reproductive Choices has been in the spotlight in recent years. In 2020, the abortion business changed its name to distance itself from the racist views of Marie Stopes, who wrote admiring letters to Adolf Hitler and founded the Society for Constructive Birth Control and Racial Progress. However, the organization has an outreach in Africa that has distributed long-acting birth control to underage girls without parental consent, continuing Stopes’ racist legacy.

The closing comes despite a large increase in British taxpayer funds to MSI Reproductive Choices in recent years, as Live Action News reported. In 2019, the organization’s chief executive received a 100% bonus, which came notwithstanding a damning 2016 report by the UK’s Care Quality Commission (CQC) which cited many locations for thousands of unsafe practices including throwing bodies of aborted babies in the trash, bulk signing of consent forms without showing or explaining them to patients, doctors going home while patients were sedated, as well as medical staff lacking training in resuscitation and other critical life-saving measures. One horrifying story recounted giving a vulnerable and distressed patient an abortion without her consent.

Two reports the following year found that MSI had paid bonuses to employees when women had abortions as part of a way to encourage more abortions. A second report detailed 400 botched abortions in two months and almost two dozen emergency transfer to the hospital after failed abortions. The findings ultimately forced the abortion chain to put a halt to half of their abortions while the serious issues were addressed.

After Marie Stopes’ original clinic went bankrupt in 1976, it was taken over and re-founded as Marie Stopes International by Tim Black and Phil Harvey, owners of Adam and Eve, one of the largest sex shop/pornography companies in the world, which has in turn given millions of dollars to the international abortion chain. Read more here.

“If this can happen here in London, it can happen anywhere,” Colquhoun said on YouTube. “It can happen in your town, and expect miracles to happen through your 40 Days for Life campaign. I never thought I’d be making this video.”