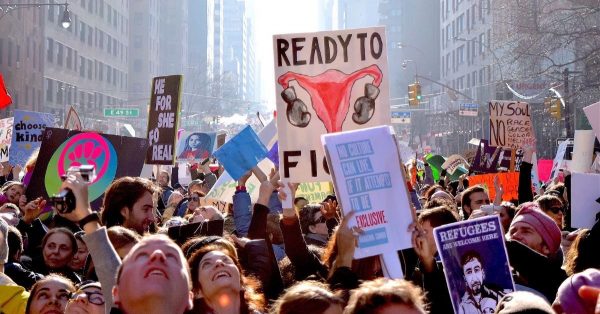 According to the Christian Post, in an episode of “Kids Meet” on the HiHo Kids YouTube channel, Bonow met with six kids of varying ages to ask them what they thought about abortions. While most of the kids seemed to agree with the abortion advocate, one kid softly pushed back.

Bonow asked a young boy, who previously disclosed to the activist that he believed that abortion was for the most part acceptable, if he believed that there were any reasons why it would not be okay.

He said, “I want to say if you’re being reckless, if there is nothing wrong going on.”

Bonow then inquired further asking, “Do we want people to just have all those babies?”

The boy responded by offering the option of adoption which could still offer the unborn babies a chance at life.

When Bonow did not agree with that answer she came back saying that she should not be “forced” to have a baby. The #ShoutYourAbortion activist said, “I feel like if I am forced to create life, I have lost the right to my own life.” She continued, “I should be the one to decide if my body creates a life. Even if you are giving a kid up for adoption, you still have a kid out there somewhere.”

Bonow then asked the boy if he was religious, to which he said, “I believe in God.”

She followed up by asking, “What do you think that God thinks about abortion?”

The young boy responded noting that he thinks God would be “fine with it” because people are still having kids.

The boy then turned the question on Bonow. She answered, “I think it’s all part of God’s plan.”

During other parts of the video she equates abortion to going to a “really bad dentist appointment.”

The activist also commented on people who consider themselves to be pro-life. She said, “I don’t call them pro-life. I call them anti-choice. Because who would disagree with that statement [of] being pro-life?” She added, “To me, the phrase pro-life is propaganda because often the people that say that don’t want to take care of people who have babies that they can’t afford and then are totally poor. They want to deprive people of access to healthcare, and I’m just like, that’s not, you guys aren’t pro-life.”

According to CBN News, there were 42 million deaths worldwide by abortion in 2018.